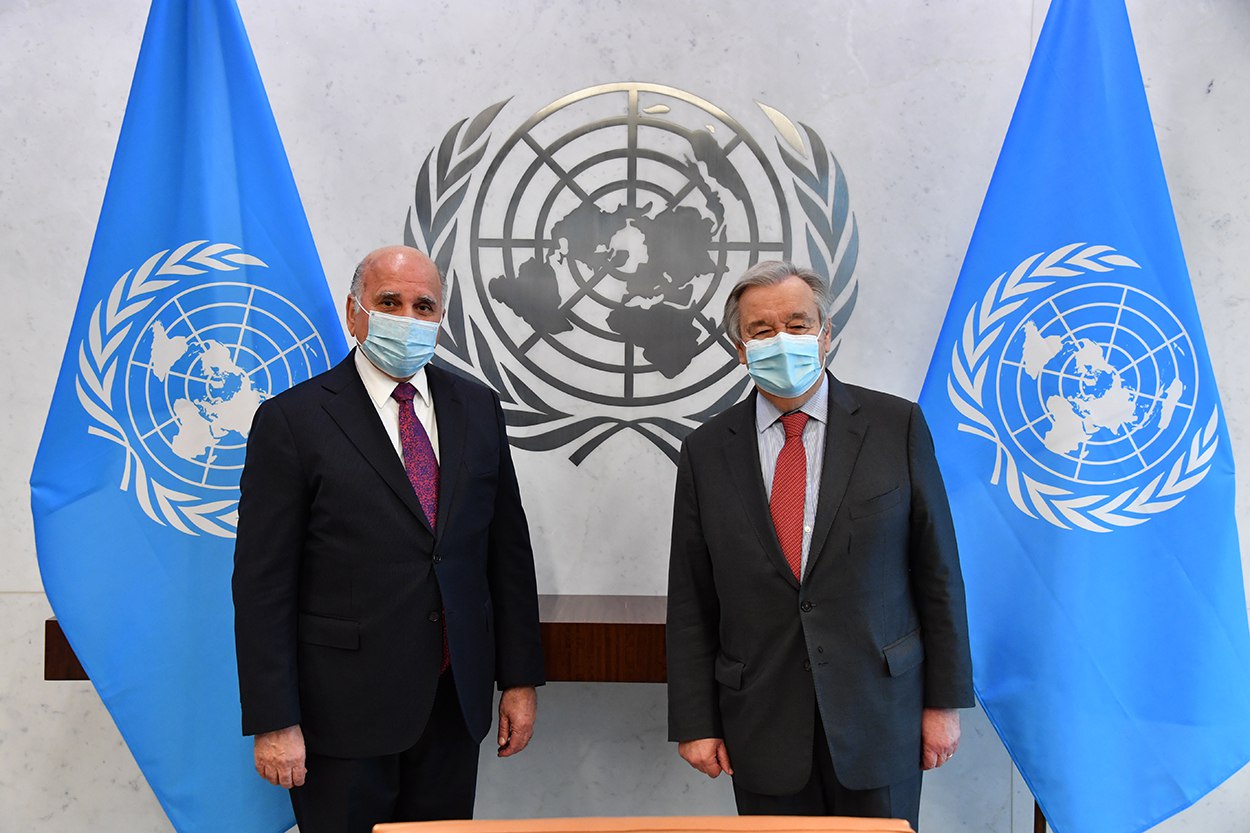 Iraq’s Foreign Minister Fouad Hussein met with the Secretary-General of the United Nations, Antonio Guterres, at the United Nations headquarters in New York, to discuss the latest developments in the situation in Iraq and the region.

Hussein confirmed that Iraq’s current policy is based on the principle of dialogue and expressed Iraq’s appreciation to the United Nations for its support in various fields.

“Political forces are intensifying their dialogues to form the new government and provide the necessary atmosphere to maintain constitutional timings,” the Iraqi minister said.

He the pointed to the approval of the Federal Supreme Court on the final results of the 2021 Iraqi parliament elections.

The minister touched on Iraq’s relations with neighboring countries as well as the Arab Gulf states, adding “Iraq’s current policy is based on the principle of dialogue, communication, building good and balanced relations to solve outstanding problems, and avoiding the use of force, because it complicates solutions and threatens regional security.”

For his part, Guterres congratulated Iraq for adopting Security Council Resolution No. (2621) on February 22, and voting on the resolution unanimously.

“We are committed to full support for Iraq, and we highly appreciate its role in building bridges between the surrounding regional countries and gathering opposites at one table, as he did at the Baghdad Conference for Cooperation and Partnership, and we hope that the Iraqi government will continue this fruitful foreign policy and create an atmosphere of dialogue between countries. And for Iraq to play this pivotal role in the region.” Guterres said.