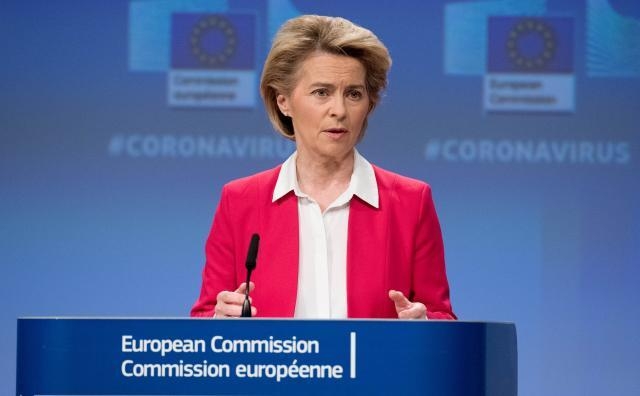 “First, this package includes financial sanctions, targeting 70% of the Russian banking market and key state owned companies, including in defense,” she said at a news conference following an emergency EU summit on Ukraine.

In her words, the EU will limit Russia’s access to advanced technologies and semiconductors.

“We will hit Russia’s access to important technologies it needs to build a prosperous future, such as semiconductors or cutting-edge technologies,” von der Leyen said.

As part of sanctions targeting Russia’s energy sector, the EU will also prohibit exports of “instruments <…> that are crucial to refine the oil.”

“These instruments are built in Europe, they are unique and cannot be replaced globally by other suppliers,” she added.

In her opinion, this will prevent Russia from modernizing its oil refineries, which generated incomes of 24 billion euro in 2019.

Among other measures mentioned by von der Leyen is scrapping privileged access to the EU for Russian businessmen and diplomats.