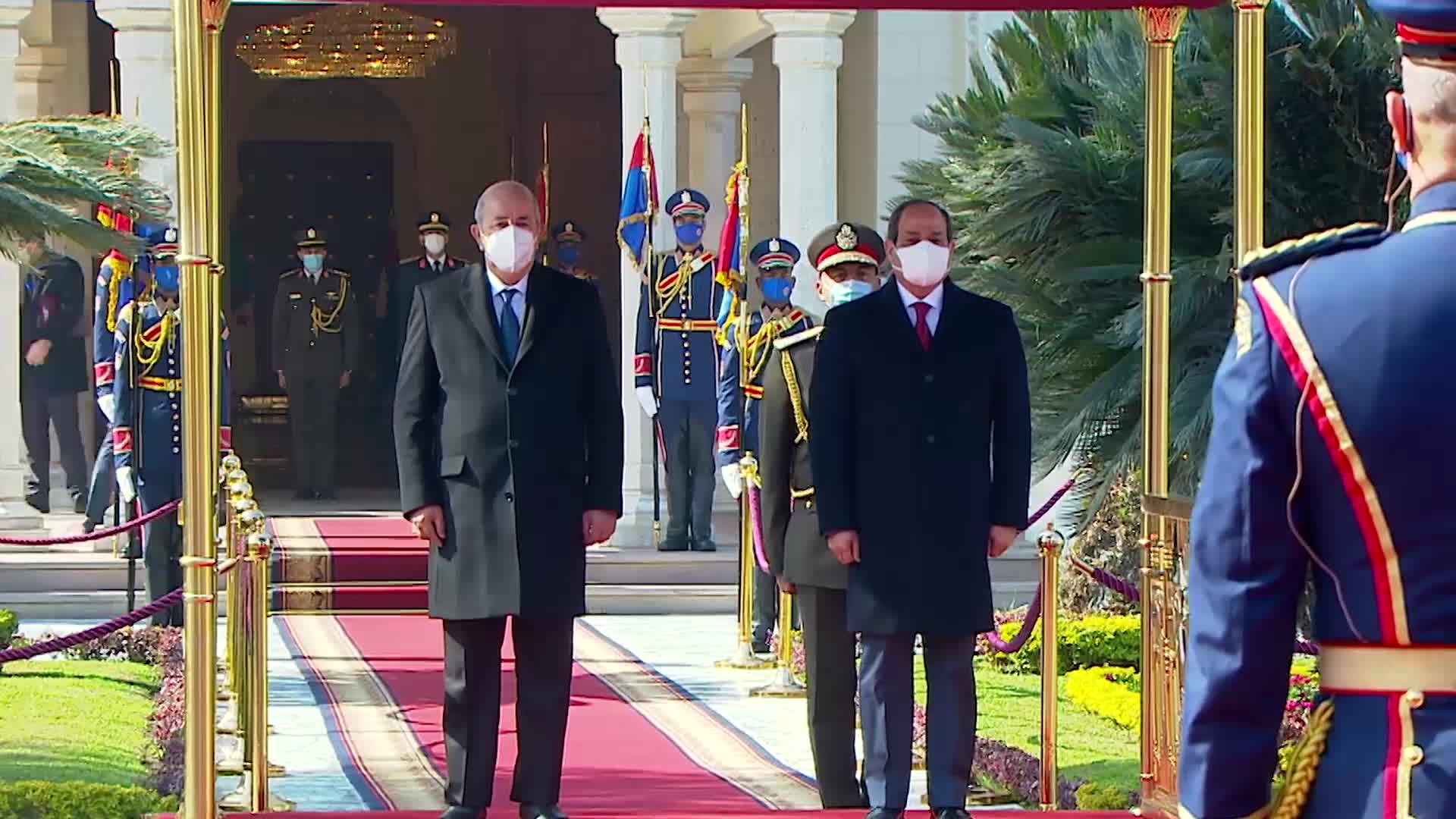 Tebboune is on a two-day official visit to Egypt, which is his first since he assumed office late in 2019.

Upon his arrival, Tebboune met with members of the Algerian community in Egypt at his residence in Cairo, according to a statement by the Algerian presidency.