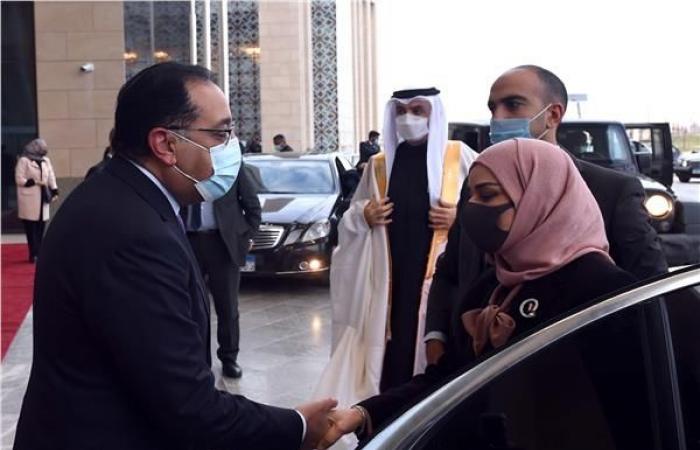 Egyptian Prime Minister Mostafa Madbouly expressed Egypt’s aspiration to enhance economic, investment and trade relations with the Bahrain during the work of the joint committee between the two countries headed by the two foreign ministers, to be held in the first quarter of 2022.

Madbouly welcomed the activation of the role of the Egyptian-Bahraini Business Council, to enhance relations between the two countries. Businessmen in the two countries, to increase trade exchange and activate joint investments.

This came during a meeting between Madbouly and Fawzia bint Abdullah Zainal, Speaker of the House of Representatives in Bahrain, and her accompanying delegation of committee heads and members of the Bahraini Parliament, at the government headquarters in the new administrative capital.

The meeting was attended by Counselor Alaa El-Din Fouad, Minister of Parliamentary Affairs, and Hisham bin Muhammad Al-Jowder, Ambassador of Bahrain in Cairo.

During the meeting, Madbouly welcomed the Speaker of the Bahraini Parliament in the new administrative capital.

The Prime Minister expressed his hope that the Bahraini delegation would have seen the work accomplished in the new capital, pointing out that this volume of work was accomplished in less than five years, which is what countries need to accomplish in at least 15-20 years.

The premier further praised the achievements of the Bahraini Parliament, as one of the successful and advanced parliamentary experiences in the Arab Gulf region, and its role in addressing internal issues and drafting legislation that conforms to the continuous reform and development plans led by the King of Bahrain.

Madbouly pointed out the importance of coordination and cooperation between the Egyptian and Bahraini parliaments, and benefiting from the successful experiences.

For her part, Fawzia bint Abdullah Zainal, Speaker of the House of Representatives in Bahrain, thanked and appreciated the warm welcome she and the accompanying delegation received during her visit to Egypt.

She expressed her honor to be received as the first Arab official at the new parliament headquarters, after the first meeting of the government, expressing her congratulations Egypt has leadership, government and people for this great achievement, pointing out that what Egypt has achieved is a tangible reality and not slogans, thanks to the wise and insightful vision of President Abdel Fattah El-Sisi.

“We are proud of this achievement, and to share it with you, as Arab citizens,” she added.