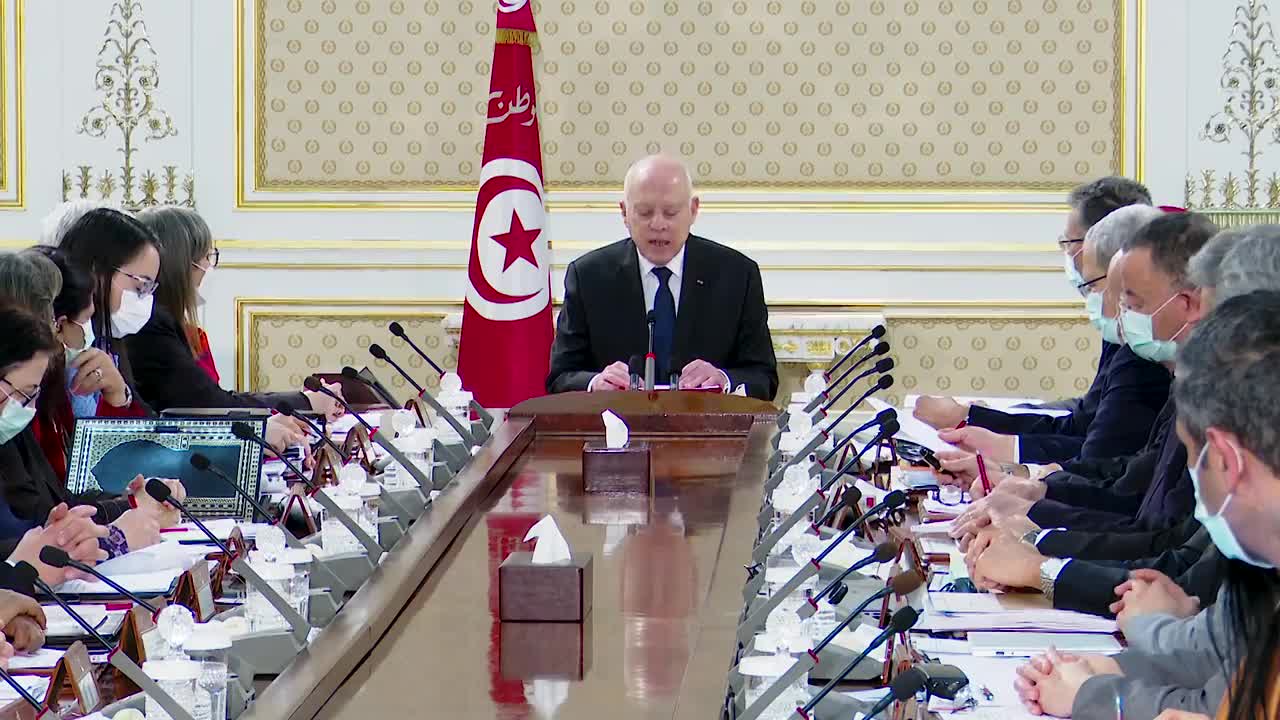 Tunisian President Kais Saied warned “the plots that are being prepared in Tunisia have reached their limits,” referring to assassination projects proposed by plotters.

The head of state was speaking at a cabinet meeting on Thursday at the Carthage Palace, devoted to the examination of several draft presidential decrees.

Saied added in a speech delivered at the opening of the Cabinet meeting and posted on the social media page of the presidency of the Republic, “There is an conversation that even talks about the day of the assassination.”

The president warned all Tunisians about the existence of “several plots planned by individuals, who sold their conscience to the intelligence services to assassinate a number of officials.”

Saied also said that he is aware of all the plots prepared inside the country and abroad,” adding that “freedom cannot remain a mere text in the Constitution, but rather, a reality generalized to everyone, far from insults and defamatory words.