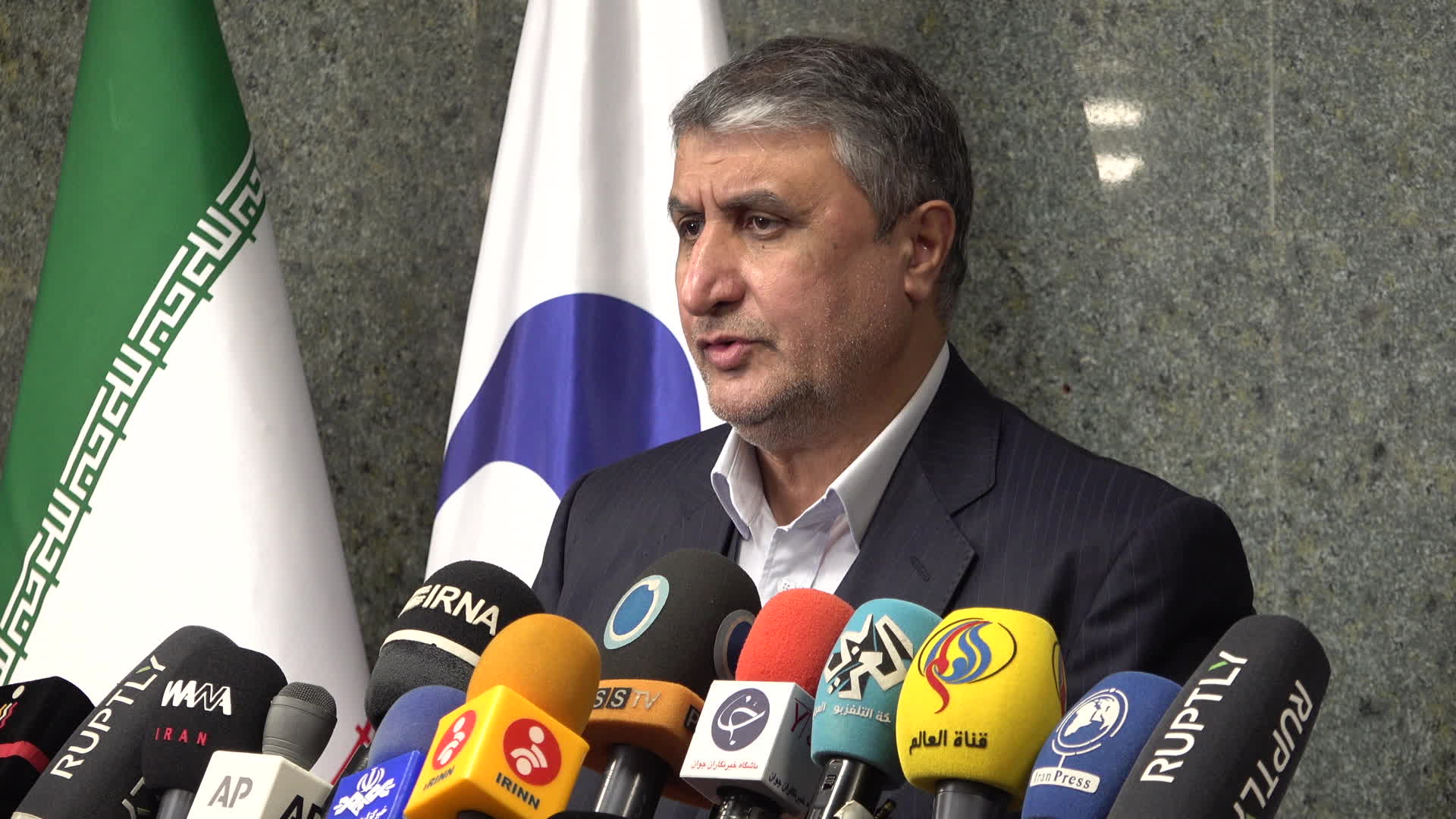 The head of the Atomic Energy Organization of Iran (AEOI) Mohammad Eslami stressed that Iran is determined to implement its nuclear program.

In a joint press conference with Director-General of the International Atomic Energy Agency Rafael Grossi, Eslami noted that Rafael Grossi has repeatedly stressed that the UN watchdog had not seen any deviations in Iran’s nuclear program and that Iran was carrying out its nuclear activities in accordance with the treaties and regulations.

Referring to his talks with Grossi, said “The important point for us and the IAEA is that all issues between Iran and the IAEA are technical issues, and the IAEA is unaffected by the political issues and conspiracies of Iran’s enemies against its nuclear program.”

Iran’s Vice President and Chairman of the Atomic Energy Organization noted “The important thing that Grossi stated several times today in his talks and meeting is that he did not see any deviation in Iran’s nuclear program and that it is in accordance with the treaties and rules of nuclear activities.”

The top official stated that they had raised questions about the cases published as evidence in possession of the agency by Iran’s enemies.

The head of the AEOI noted “We agreed today to end these cases and not to continue them with the procedure that we will adopt, the negotiations of which are still ongoing.”

“The important thing is that Iran is determined to implement its nuclear program, given the impact of Iran’s nuclear program on people’s lives, to be able to use all aspects of nuclear technology in various sectors is on our agenda,” Eslami said, stressing that the agency will help us with this.