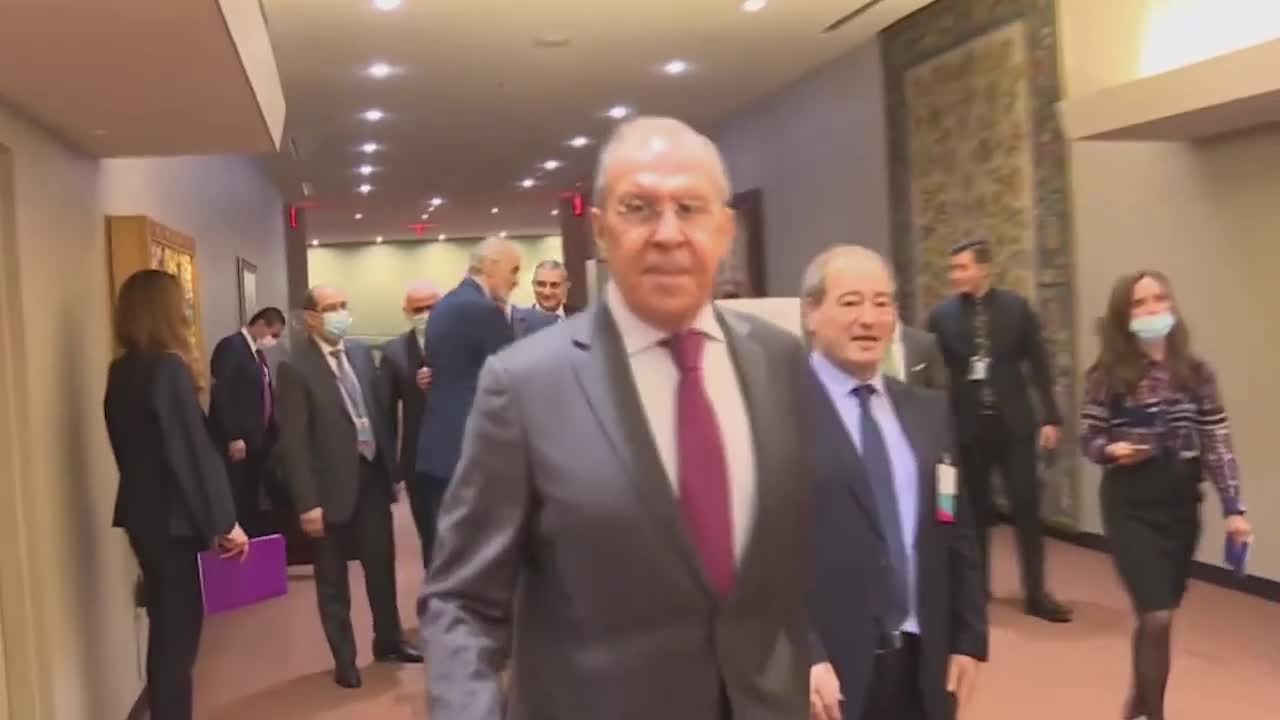 The two ministers stressed the need to move forward in developing those relations and expanding them in various domains.

The talks tackled the situation in Syria with both ministers underlining the need to continue fighting terrorism until it is completely eliminated, ending the illegitimate foreign presence on Syrian territory and removing unilateral coercive measures imposed on Syria.

In this context, Lavrov affirmed his country’s principled stance, based on full respect for Syria’s sovereignty and independence and territorial integrity, and non-intervention in its domestic affairs.

For his part, Mikdad expressed Syria’s appreciation for the Russian support in various political, economic and humanitarian fields.

The two sides also discussed developments in the region and welcomed convening the first Ministerial meeting of “the Group of Friends in Defense of the Charter of the United Nations” held on Thursday in New York.