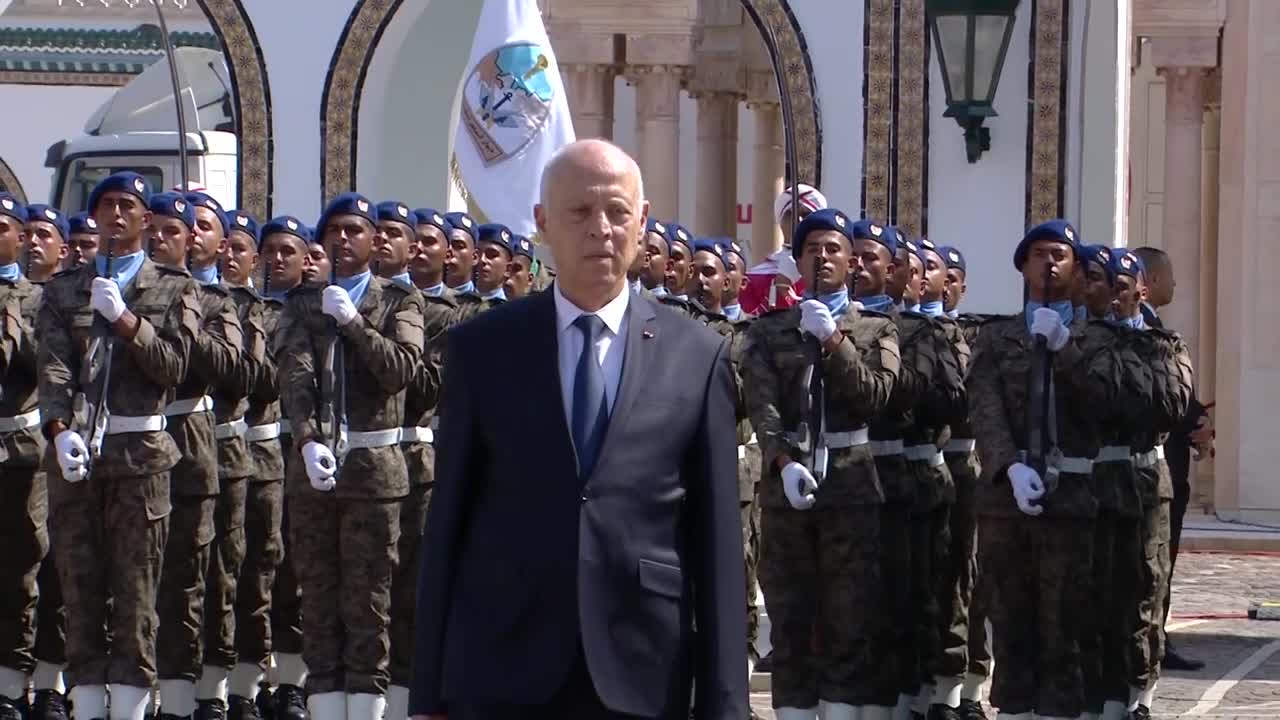 Tunisian President Kais Saied called on the armed forces to be prepared for any emergency in light of “rapid and highly volatile conditions and in light of developments that the world has not witnessed before including the phenomenon of terrorism”.

Saied made his remarks on on Friday at Carthage Palace as he chaired the celebration ceremony of the 66th anniversary of the National Army creation.

The Head of State commended on the occasion, the efforts exerted by the various military formations to defend the country and ensure the smooth running of public services.

He praised the national army’s considerable contribution to the national jab drive, mentioning also the efforts deployed by the air force for the repatriation of Tunisians stranded in the four corners of the world.

Saied further referred to the Army units’ participation in the smooth running of national competitions and elections.

The President pointed to the National Navy’s alertness to the waves of irregular migration and their efforts to rescue migrants at sea.

Saied also welcomed the creation of “Fidaa,” a foundation in charge of supporting victims of terrorism among the army, the internal security forces and the customs.

During the ceremony, the President of the Republic saluted the flag to the sound of the national anthem and reviewed a detachment of the three armies.

He then decorated officers and non-commissioned officers with stripes and others with military insignia, in recognition of their efforts.

The ceremony was attended by the National Defence Minister as well as members of the Supreme Council of the Armed Forces and military officials.