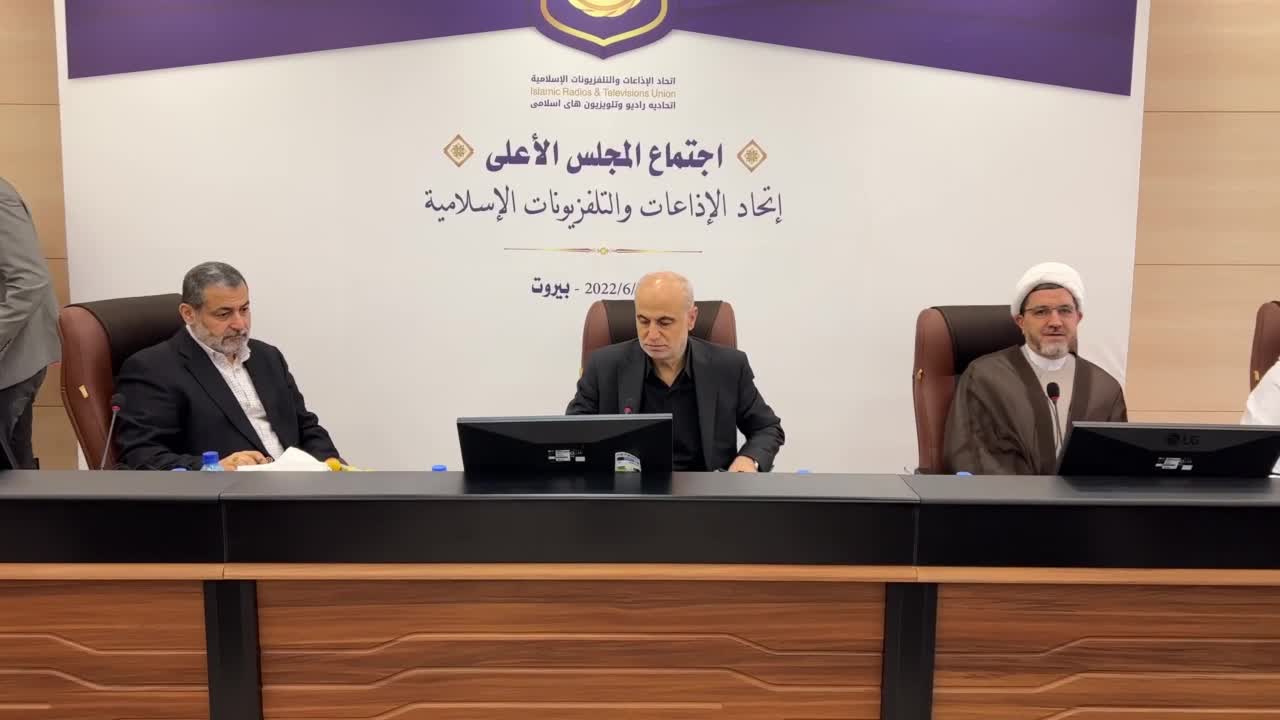 The Islamic Radios and Television Union (IRTVU) held on Friday a closed session to elect a president and vice-president of its Supreme Council as well as members and chairmen of its committees.

Director-General of Al-Manar TV, Ibrahim Farhat, was elected Chairman of the Supreme Council during the session which was held in the Lebanese capital Beirut with the participation of members of the Council and the Secretary-General Sheikh Ali Karimian.

Jawad Mohseni, the General Director of Afghanistan’s Tamdun TV, was elected Vice-President, in addition to electing heads and members of the committees.

During the opening session, former presidents of the Supreme Council, Abdullah Kassir and Mudher al-Baka, were honored.

The attendees discussed regulatory and administrative matters and reports of the general bodies of the union and its general secretariat.

The participants in the session reviewed challenges facing media sector and violations of the freedom of journalists.

They also expressed support for developing media sector, stressing the need for cooperation between cultural and media institutions as well as research centers to meet existing challenges.

Participants called on media institutions to keep in pace with developments in technology, communications, media and digital transformations sectors.