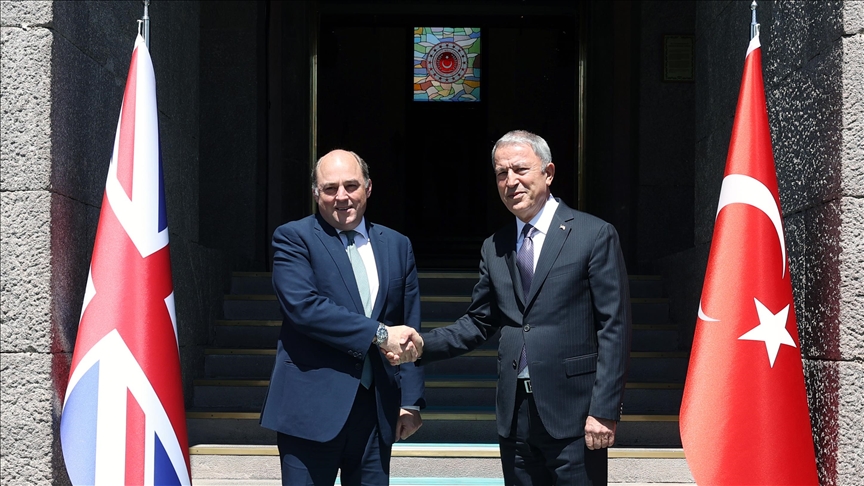 Wallace, who is visiting Turkey at the invitation of Akar, was welcomed with a military ceremony at the Turkish National Defense Ministry, according to a statement.

The two officials had a meeting that was followed by delegation-level talks.

Akar stressed that relations between Turkey and the UK continue in every field based on a strategic partnership.

He stressed the acceleration of cooperation in the defense industry with the lifting of export license restrictions.

Akar further underlined that a cease-fire should be declared in Ukraine as soon as possible to reestablish peace and stability in the region with support given to the independence, territorial integrity and sovereignty of the war-torn country.

He also noted that efforts to solve the grain problem continue in a coordinated manner.

The statement highlighted that the agreement on the continuation of military training cooperation activities was also discussed.

Akar and Wallace met on June 15 in Brussels as part of a NATO defense ministers meeting and a tripartite meeting held with the participation of Ukraine’s Defense Minister Oleksii Reznikov.