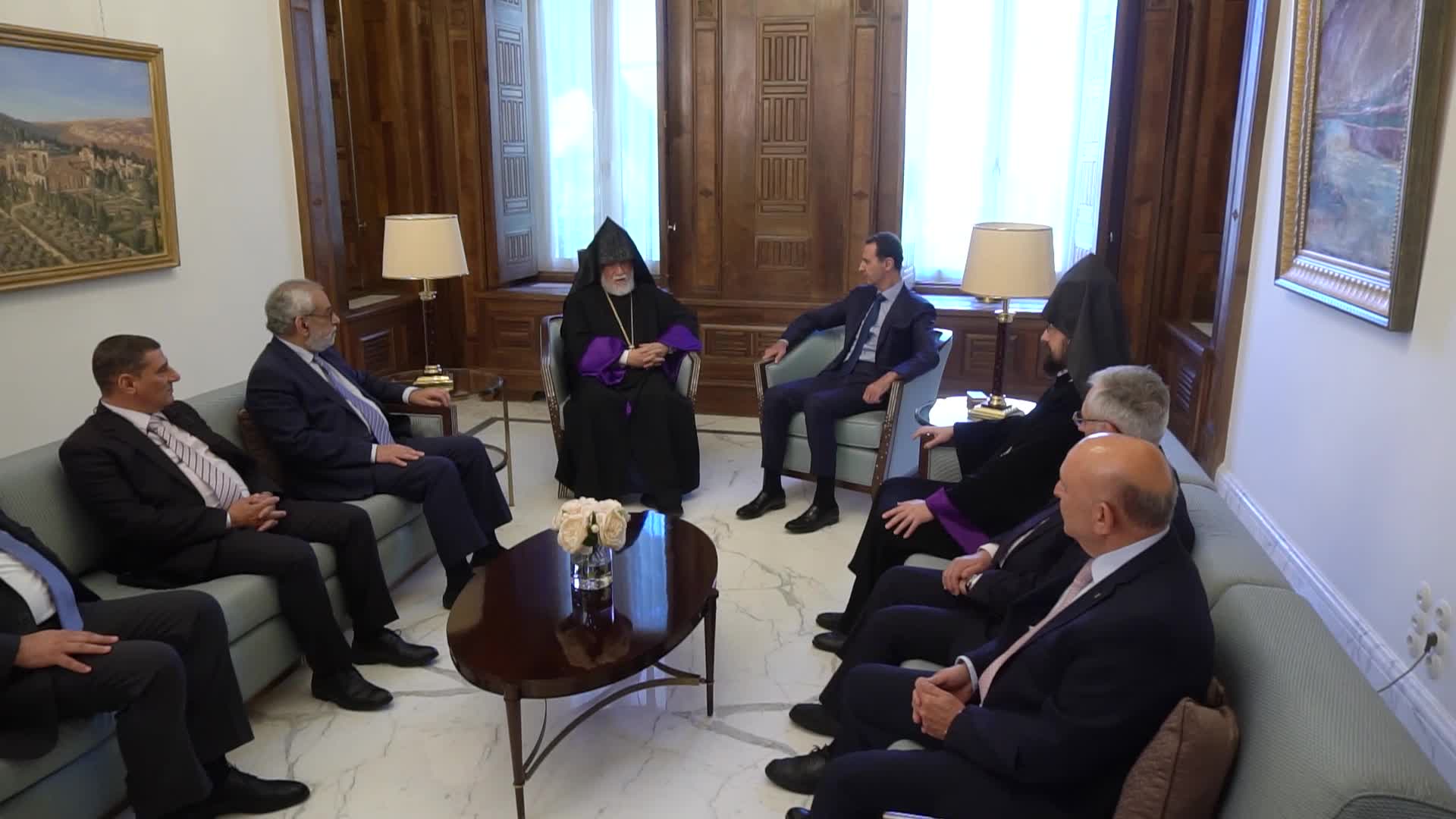 Syria’s President Bashar al-Assad received Tuesday Catholicos Aram I Kechichian, pastor of the Armenian Church, in the Great House of Cilicia, and his accompanying delegation.

Al-Assad said that homogeneity in full entity despite the difference in spectrum and religion is the most important characteristics of the Syrian people.

The president added that this homogeneity does not mean dissolution, but rather the preservation of all components of the identity of the Syrians which boosts their national unity and belonging to this land on which they have existed in for thousands years.

Catholicos Kechichian and the accompanying delegation noted that the war against Syria, whether through terrorism or the economic blockade, aims to break the unique model that it represents with all its components and spectra and to force Syrian people to emigrate and leave their original homeland.

He further stressed that the Syrian-Armenians will remain committed to their country and exert their full efforts along with the rest of Syrians in order to overcome the impacts of this war.