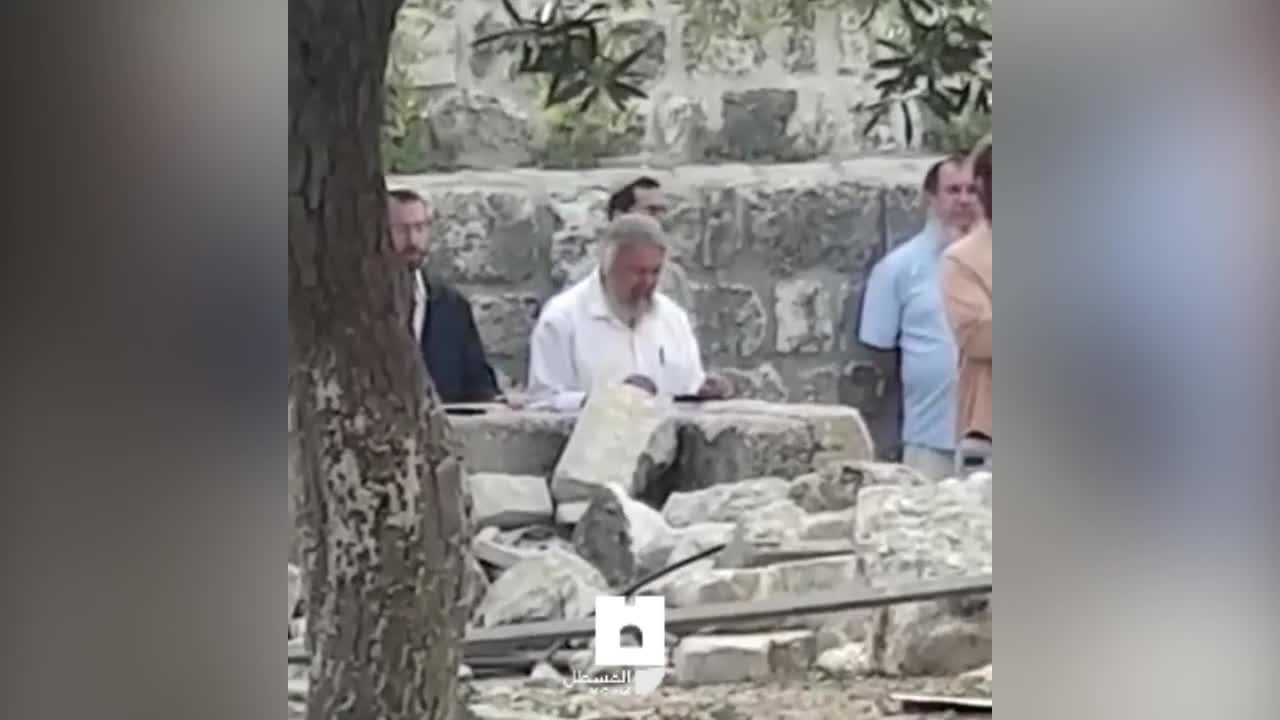 Dozens of Jewish settlers raided the Aqsa Mosque in Occupied Jerusalem under tight police protection on Monday morning and later in the afternoon.

At least 153 settlers, including government employees and students of religious institutes, entered the Mosque in different groups through its Maghariba Gate and toured its courtyards under police guard, according to al-Qastal news website.

During their tours at the Islamic holy site, the settlers received lectures from rabbis about the alleged temple mount and a number of them provocatively performed Talmudic prayers, including acts of bowing and prostration.

Extremist settler groups started in recent days to mobilize their supporters to storm the Aqsa Mosque en masse on May 29 to mark what they call Jerusalem day or the reunification of Jerusalem (the occupation of east Jerusalem).