Iran’s FM on Russia-Ukraine Crisis: Resorting to war not a solution 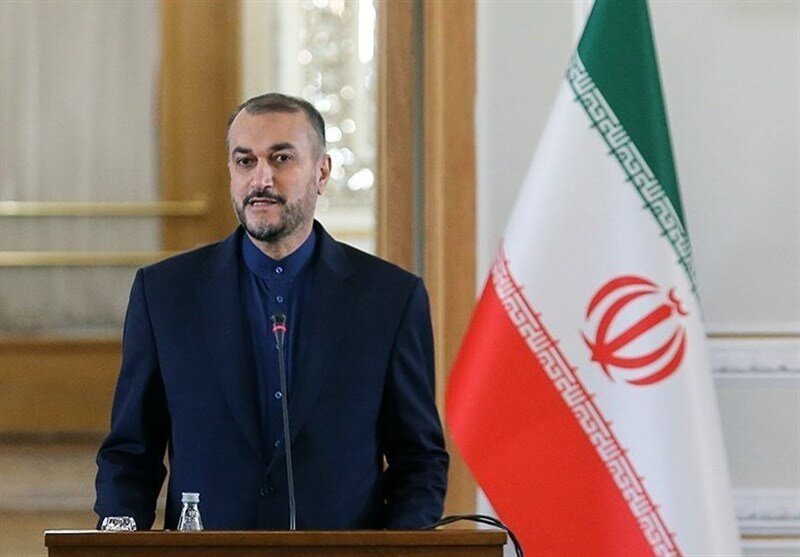 Iranian Foreign Minister Hossein Amirabdollahian said the current crisis in Ukraine originates from provocations by NATO, stressing the need for political resolution of the crisis.

“The #Ukraine crisis is rooted in NATO’s provocations,” Amirabdollahina wrote in a post on Twitter on Thursday.

“We don’t believe that resorting to war is a solution. Imperative to establish ceasefire & to find a political and democratic resolution,” he added.

It came after Russian President Vladimir Putin in a televised address early on Thursday announced a “special military operation” in the eastern Ukraine regions of Donetsk and Lugansk — which are ruled by self-proclaimed republics — to “defend people” there against Kiev’s forces.

Putin said he had ordered the operation after the leaders of the self-proclaimed republics of Donetsk and Lugansk asked the Kremlin for military assistance in response to “Ukrainian aggression”.

The Russian president said he wanted to “demilitarize” and “de-Nazify” Ukraine, and that Moscow has “no plans to occupy Ukrainian territory”.

Amid developments in Ukraine, Amirabdollahian held a phone call with the Islamic Republic’s ambassador to Kiev, and while getting the latest briefings on the situation on the ground in Ukraine, was informed on the latest situation of Iranian nationals residing in the country as well as Iran’s diplomats and their families there.

During the phone call, the foreign minister issued the necessary advice on Iranian residents especially Iranian students studying in Ukraine and reiterated the need for the embassy to offer 24-hour services to fellow Iranians.

Amirabdollahian also directed the Iranian ambassador to Ukraine to offer the necessary assistance on student exit seals for those studying in Ukraine, seeing the emergency situation in the country, and regardless of the existing directives.