UN Chief on Russian Military Operation in Ukraine: Saddest Moment In My Tenure 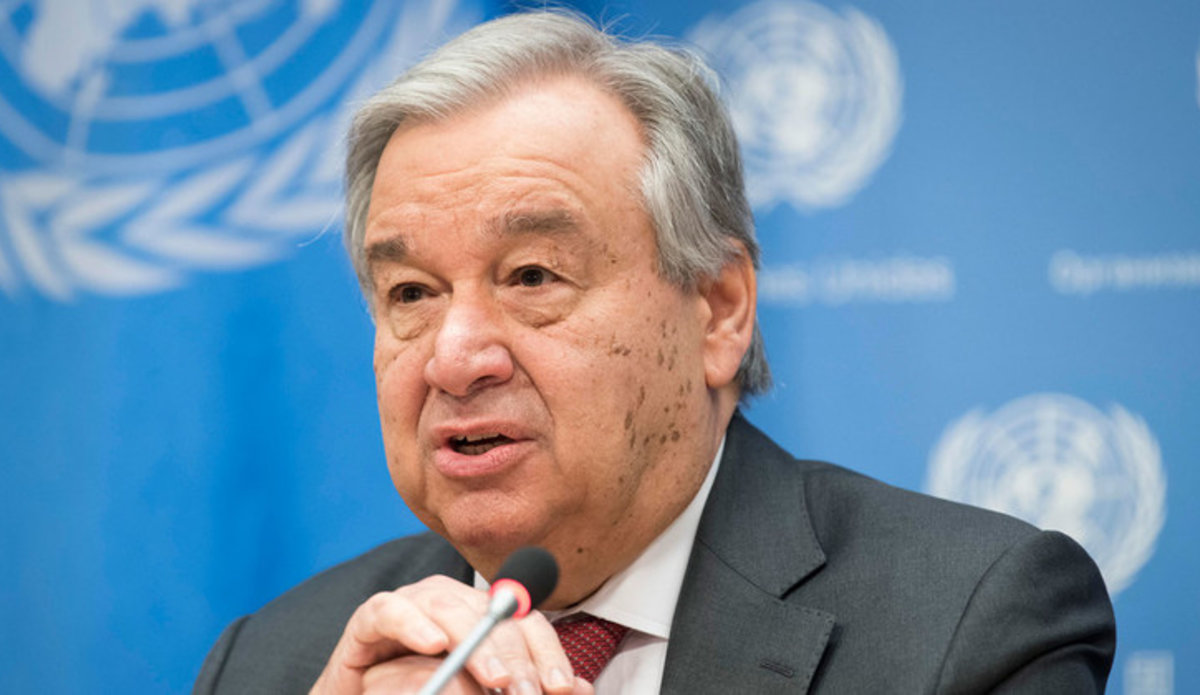 UN Secretary General Antonio Guterres has termed Russian President Vladimir Putin announcement of a special military operation in Ukraine as the “saddest moment in my tenure”.

“This is the saddest moment in my tenure as Secretary-General of the United Nations. I started this meeting of the Security Council addressing President Putin and telling him from the bottom of my heart: Stop your troops from an offensive against Ukraine, give peace a chance because too many people have died,” Guterres told reporters at the UN headquarters as he came out of an emergency Security Council meeting on Ukraine late Wednesday night.

“So, in the present circumstances I must change my appeal,” Guterres said.

“I must say, President Putin: In the name of humanity bring your troops back to Russia. In the name of humanity, do not allow to start in Europe what could be the worst war since the beginning of the century, with consequences not only devastating for Ukraine, not only tragic for the Russian Federation,” but for the entire world, he said.

The UN chief said the impact of the attack “we cannot even foresee in relation to the consequences for the global economy in a moment when we are emerging from the COVID (pandemic) and so many developing countries absolutely need to have space for the recovery which would be very, very difficult, with the high prices of oil, with the end of exports of wheat from Ukraine, and with the rising interest rates caused by instability in international markets”.

Russia has begun a military operation in Ukraine following a request from the authorities of the Donetsk and Lugansk republics for assistance in repelling Kiev’s military aggression, Russian President Vladimir Putin said in urgent address.

He said that Moscow would seek the “demilitarization and denazification” of Ukraine, called upon the Ukrainian army to lay down weapons and warned there would follow a prompt response to attempts at foreign intervention from outside.