Russian Flag Taken Down at Embassy in Ukraine 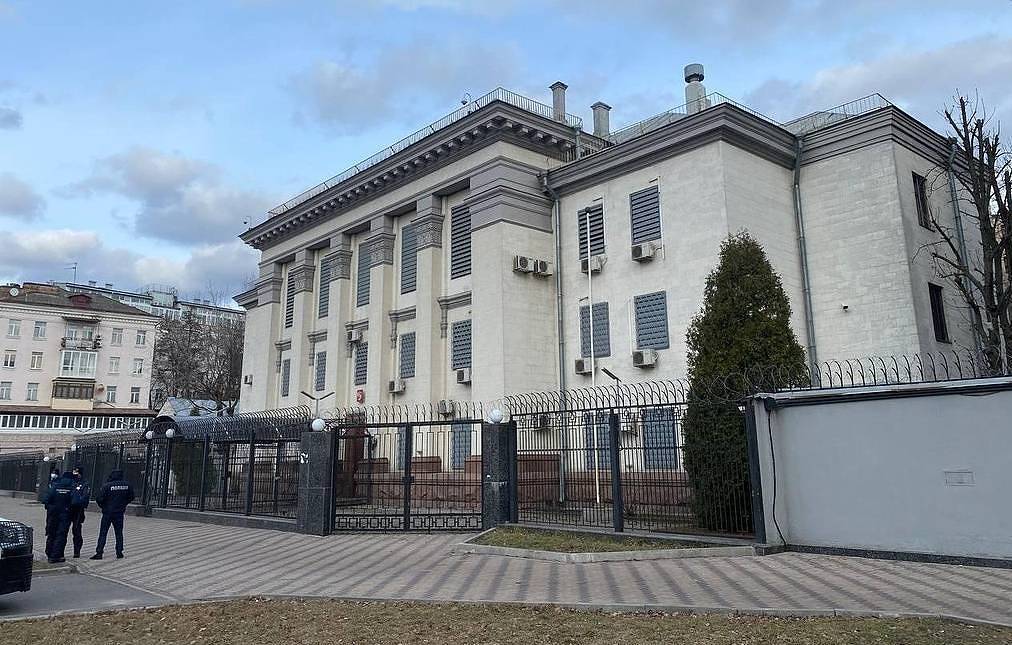 Russia’s national flag has been taken down at the embassy in Ukraine. No activity is observed on the territory of the diplomatic mission.

The units of the National Guard are patrolling the area and journalists with cameras are monitoring the situation.

An embassy representative is not taking phone calls.

According to Ukrainian media outlets, flags are also down at other Russian diplomatic missions – consulates general in Lvov, Odessa and Kharkov.

The Russian embassy confirmed that the evacuation of employees had begun in all the Russian diplomatic missions in Ukraine.

Earlier, the Russian Foreign Ministry stated that Russia would evacuate the personnel of its diplomatic missions in Ukraine in the near future to protect the lives and safety of the employees.