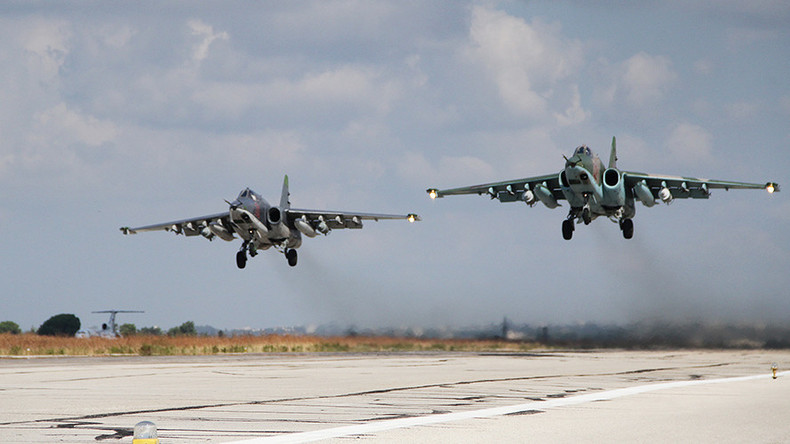 Russian and Syrian military pilots conducted a joint air patrol mission along the Golan Heights and the Euphrates River, the Russian Defense Ministry said in a statement.

“The mission’s route ran along the Golan Heights, the southern border, the Euphrates River and over northern Syria,” the statement reads. “Russian pilots took off from the Hmeymim Air Base, while Syrians took off from the Seikal and Dumayr airfields outside Damascus,” the ministry explained.

The mission involved Russia’s Su-34 and Su-35 aircraft and the A-50 early warning and control aircraft, as well as Syria’s MiG-23 and MiG-29 planes.

“During the patrol mission, Syrian pilots controlled airspace and provided fighter cover, while Russian crews practiced attacks on ground targets,” the statement specified. The ministry said that pilots had practiced strikes on air targets and ground targets at a training range in central Syria.

“Pilots of the two countries developed skills for cooperation in various situations. This kind of joint missions will now take place on a regular basis,” the Russian Defense Ministry stressed.

In 1967, Israel waged a full-scale war against Arab territories during which it occupied a large swathe of Syria’s Golan and annexed it four years later, a move never recognized by the international community.

In 1973, another war broke out and a year later, a UN-brokered ceasefire came into force, according to which Tel Aviv and Damascus agreed to separate their troops and create a buffer zone in the Heights.

Over the past decades, Israel has built dozens of settlements in the Golan Heights in defiance of international calls for the regime to stop its illegal construction activities.

Syria has repeatedly reaffirmed its sovereignty over the Golan Heights, saying the territory must be completely restored to its control.

The United Nations has time and again emphasized Syria’s sovereignty over the territory.