In One of the Most Heinous Crimes in Yemen, Fetus Pulled Out of Mother’s Womb in Saudi-Led Coalition Raids on Civilians 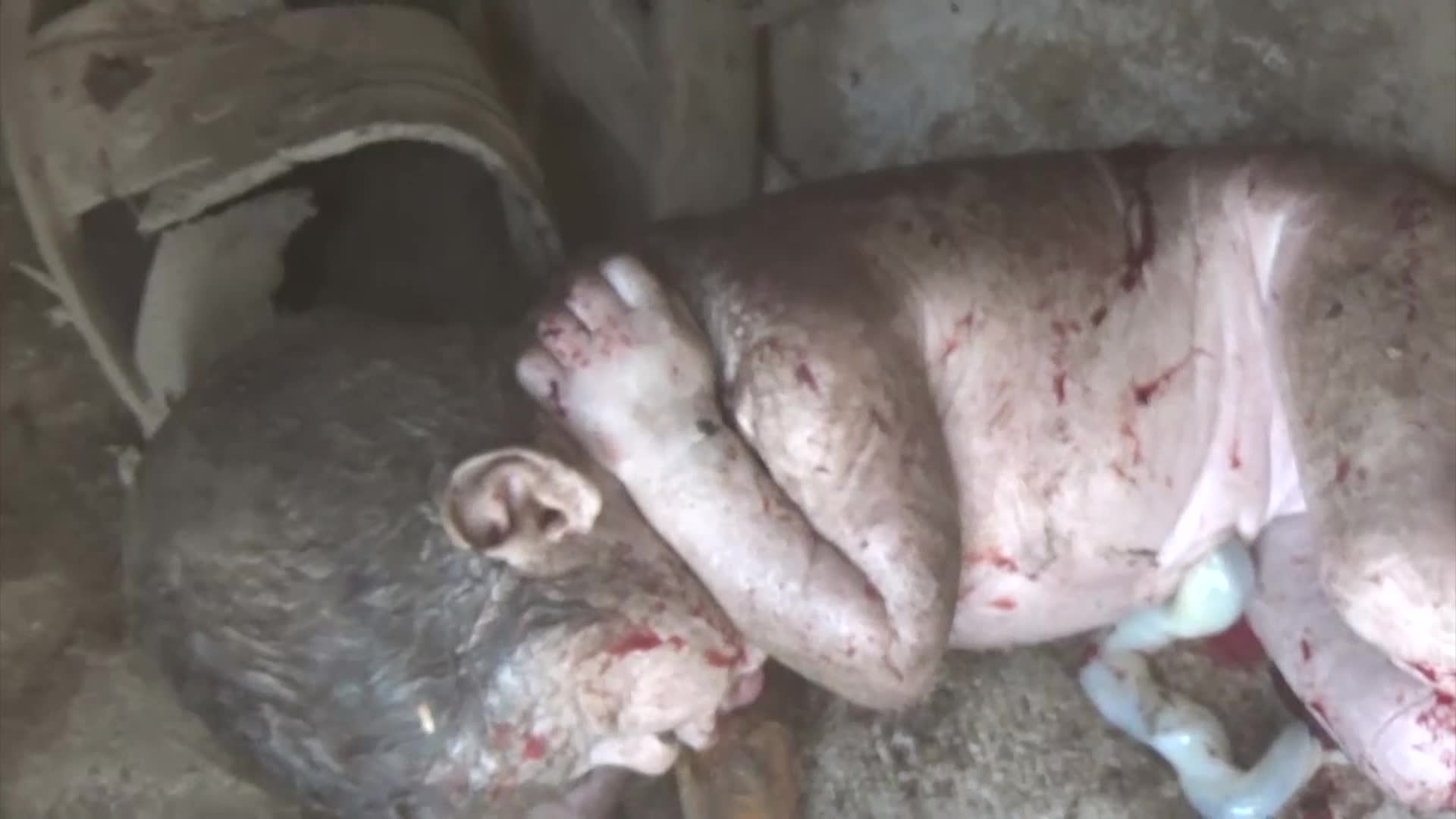 Forces of the Saudi-led Coalition committed a heinous crime in Al Hudaydah, not only against the family of Yemeni citizen Abdullah Sherian, but against humanity.

The coalition raided Sherian’s home where his pregnant wife was. The fetus was pulled out of the mother’s womb and found dead.

The father was killed and the mother was taken to a nearby hospital in the governorate unaware of the tragedy.

Saudi Arabia, backed by the US and regional allies, launched a war on Yemen in March 2015, aiming to bring the government of former Yemeni president Abd Rabbuh Mansur Hadi back to power and crushing Ansarullah movement.

The war has left hundreds of thousands of Yemenis dead, and displaced millions more. It has also destroyed Yemen’s infrastructure and spread famine and infectious diseases.

Yemen now is home to the world’s largest humanitarian crisis, with at least 7 million people on the brink of famine and hundreds of thousands suffering from cholera.