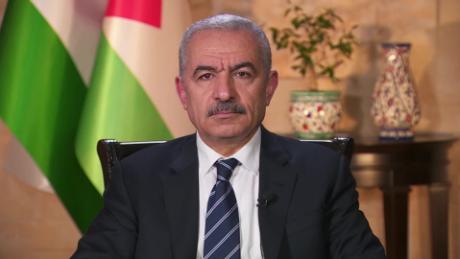 Palestinian Prime Minister Mohammad Shtayyeh expressed hope of a breakthrough in the financial crisis following the ministerial meeting of the Ad Hoc Liaison Committee (AHLC), the international donor group for Palestine, which took place in Oslo on November 17.

“We received serious promises during the meeting of donor countries, which was held in the Norwegian capital, Oslo, to resume providing aid to the treasury, and to put pressure on Israel to get it to stop the unjust cuts from the clearance funds,” Shtayyeh told the weekly cabinet meeting held in Ramallah.

He said he demanded from the participating countries to recognize the state of Palestine if they are unable to exert pressure on Israel, pointing out that all the participants condemned settlement expansion, the policy of creating a fait accompli and human rights violations, and demanded that elections be allowed in all the Palestinian territories, including Jerusalem, and enabling the Palestinian people to have sovereignty over their land and resources

The Prime Minister also condemned the assault by the Israeli occupation forces against the Governor of Jerusalem, Adnan Ghaith, and demanded an end to Israeli abuse of the Palestinian citizens in occupied Jerusalem.