Pedersen: Discussion of the Constitutional Committee a big disappointment 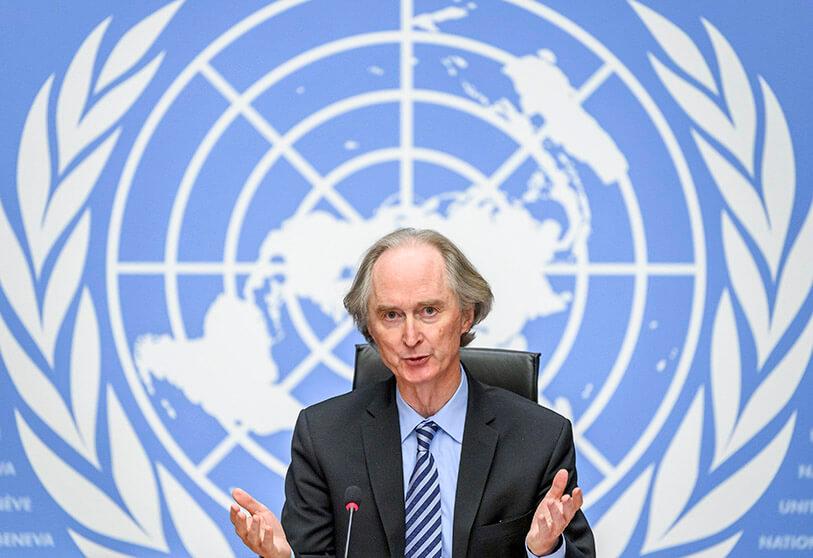 UN Special Envoy for Syria Geir Pedersen told reporters that the discussion on October 22 which concluded a week-long session of the Constitutional Committee was a “big disappointment.”

He said “I think that it is fair to say that it was, I was going to say as always, but perhaps not as always, but there were ups and downs through those four days, I think we had three days, I would say that went rather well, and one day that was more difficult. But in the end, good discussions on the different principles that were presented.”

The Special Envoy said today’s discussion aimed at forward the principles that were discussed to try and reach some kind of provisional agreement.
He added, “I think it is fair to say that the discussion today was a big disappointment. We did not manage to achieve what we had hoped to achieve, that we would have a good discussion on how to reach forward for some kind of a consensus.”

Pedersen said the meeting lacked a proper understanding on how to move that process forward. He said the government delegation decided not to present any new text, the opposition decided that it would respond to the two texts that were presented by the government and that of the civil society group. He said based on that the round did not produce any understanding on commonalities.

The UN Envoy said he had a serious discussion with the two Co-Chairs, and they agreed that things could not continue like this. He said the participants needed to develop a proper understanding on how to move forward into a proper substantial drafting process.

Asked if there were any of the principles put forward which had agreement or partial agreement, Pedersen said “I think it will depend on who you ask of the 45 members of the committee. But in the end, we will need an understanding between all three delegations, that we reach a consensus and that we did not reach. So, when I look at it, I can see that here there are possibilities but as long as the parties themselves have not concluded that there are commonalities, I am not the one to conclude on their behalf.”

Pedersen noted that no date was agreed for the next round of discussions.