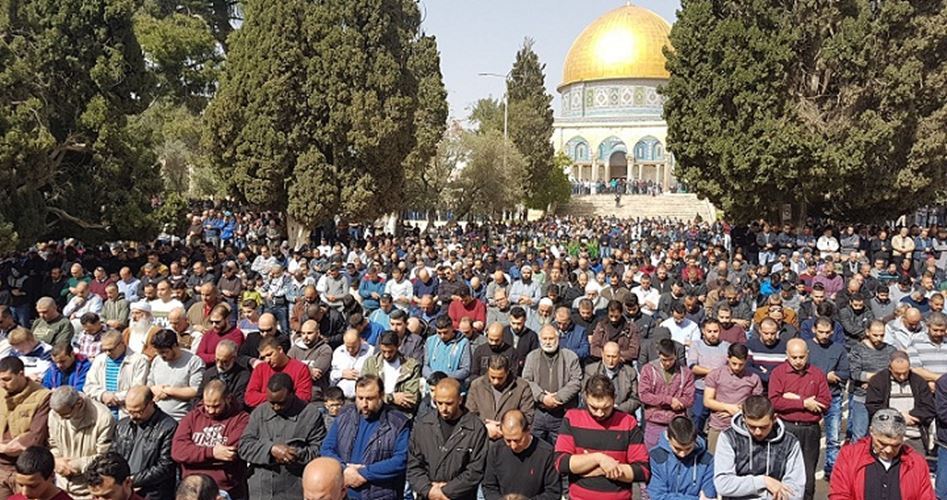 Thousands of Palestinians performed Friday prayer at the Al-Aqsa Mosque in the occupied city of Jerusalem, amid strict measures imposed by Israeli authorities at its gates.

The Islamic Endowments in occupied Jerusalem estimated that more than 40,000 Muslim worshipers performed Friday prayer in the holy site despite the strict Israeli measures.

The Israeli occupation authorities deployed since morning hours police checkpoints at the entrances to the Old City of Jerusalem, checked the identities of the citizens, and prevented a number of them from reaching the courtyards of Al-Aqsa Mosque.

Israeli forces set up dozens of roadblocks, conducted extensive searches and checks on Palestinians coming from the West Bank and Arab cities within Israel, and prevented many of them from reaching the site.