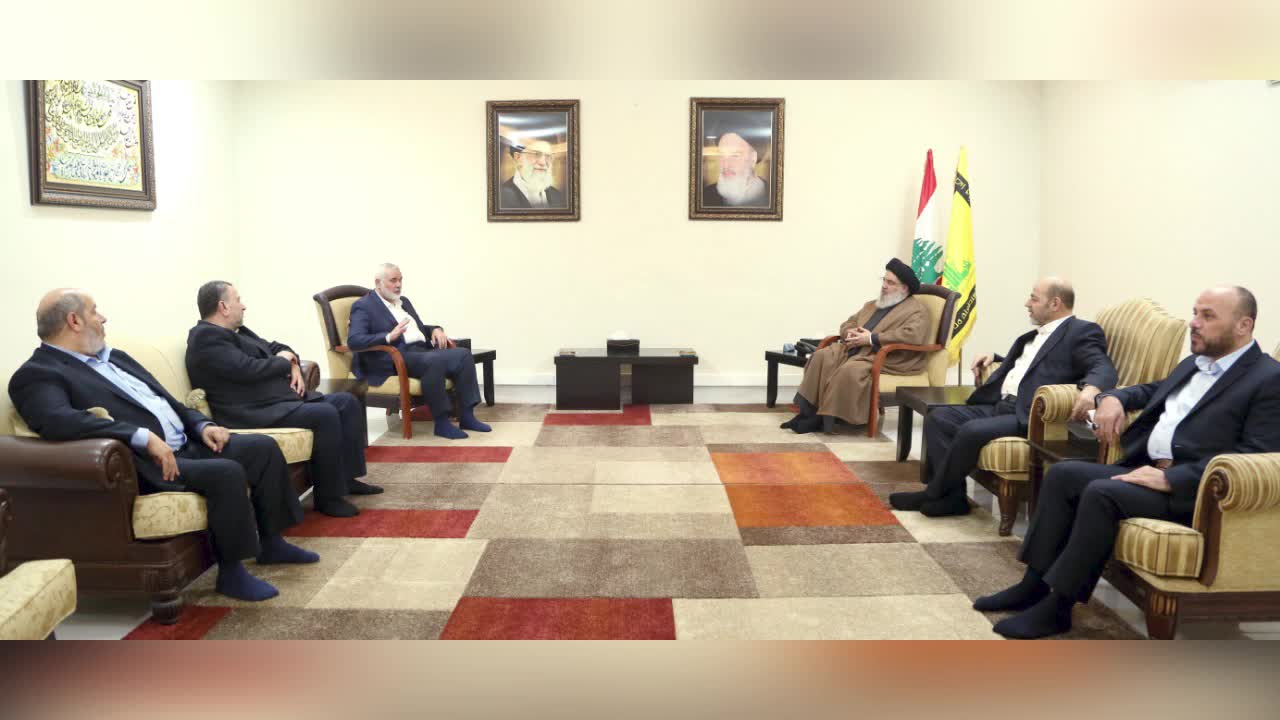 Heading a senior Hamas delegation, Haniyeh arrived on Wednesday in the Lebanese capital, Beirut, where he met Lebanese officials.

He will also deliver the Palestinian resistance’s speech before the “Islamic National Conference” in its 31st session held in Beirut.