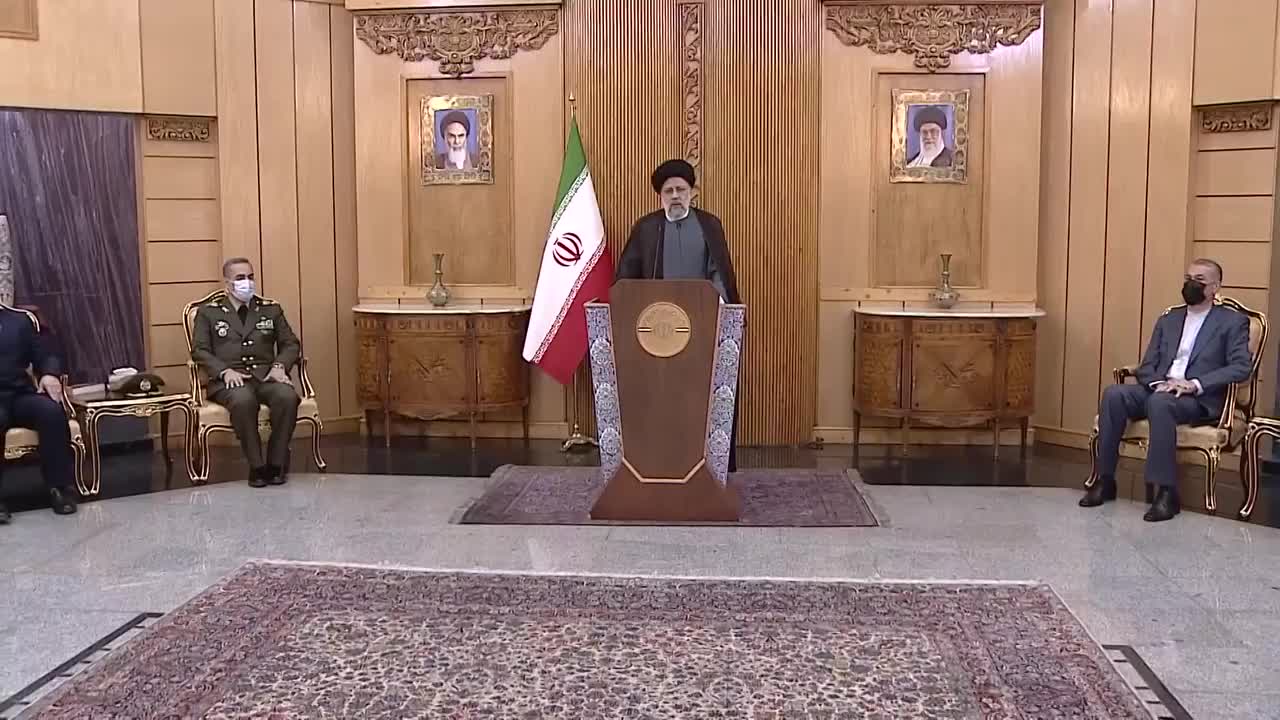 Iranian President Ebrahim Raisi pointed the finger at the global arrogance for the assassination of IRGC member Hassan Sayyad Khodaei in Tehran, pledging that Iran will exact revenge for the terrorist attack.

Speaking to reporters before leaving Tehran for Oman for an official visit on Monday, Raisi expressed his condolences to the Islamic Revolution Guards Corps (IRGC) and the family of Khodaei, who was martyred in an assassination attack in Tehran on Sunday.

The president said an investigation into the attack would reveal that the global arrogance was undoubtedly behind the criminal act.

He said those who have been defeated in the battlefield by the forces defending the holy shrines of Shiite Muslims in Syria are expressing their frustration with such assassination attacks.

The president emphasized the need for Iranian security officials to pursue the case seriously, adding, “No doubt the revenge for the blood of the great martyr against the criminals will definitely be taken.”