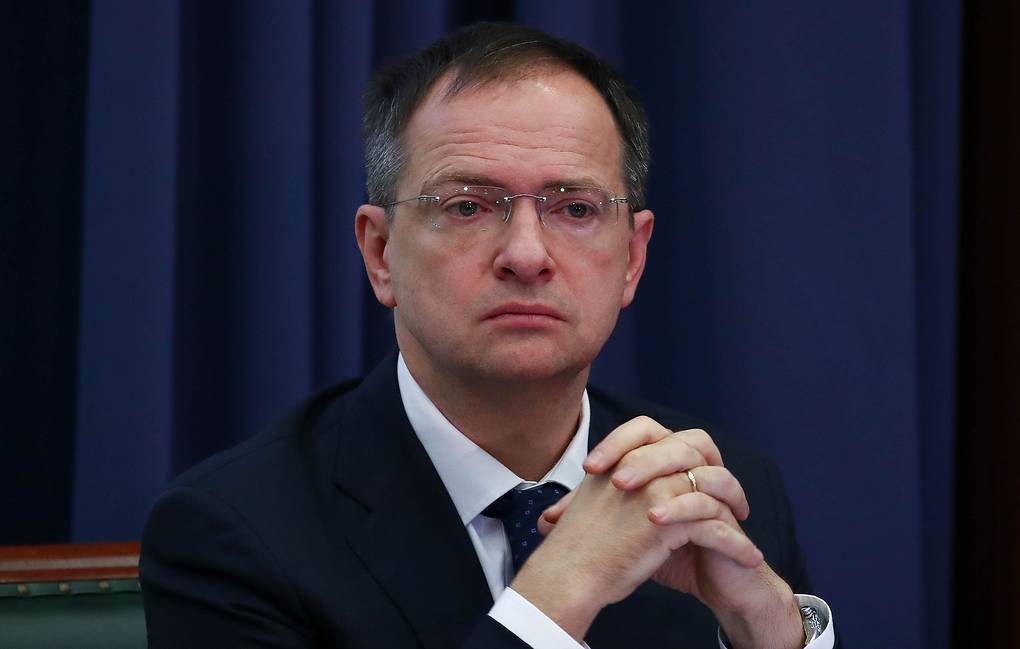 Russia is ready to continue talks with Ukraine, which have been frozen at Kiev’s initiative, Russian presidential aide Vladimir Medinsky said on Sunday.

“We, on our part, are ready to continue dialogue. But I would like to stress that the ball of further peace talks is in Ukraine’s court. The freezing of the talks was a totally Ukrainian initiative,” he said in an interview with Belarus’ ONT television channel.

“Russia has never refused from talks, including at the top level. Vladimir Putin has repeatedly reiterated that. The matter is that serious preparations are needed for a top-level meeting, a meeting between the presidents,” Medinsky said, adding that documents should be drafted for such a meeting.

“The heads of state should meet to reach final agreements and sign documents, but not to take photos,” he explained.

According to Medinsky, a month ago the Russian side referred to the Ukrainian side a draft agreement and a number of its major positions had already been agreed.

“We wanted to move on. But since then we have seen no intention to continue dialogue on the part of Ukraine. So, our negotiators took a pause,” he said. “It looks like they are in ho haste. The ball is in their court.”