Over 120 Settlers Storm the Aqsa Mosque 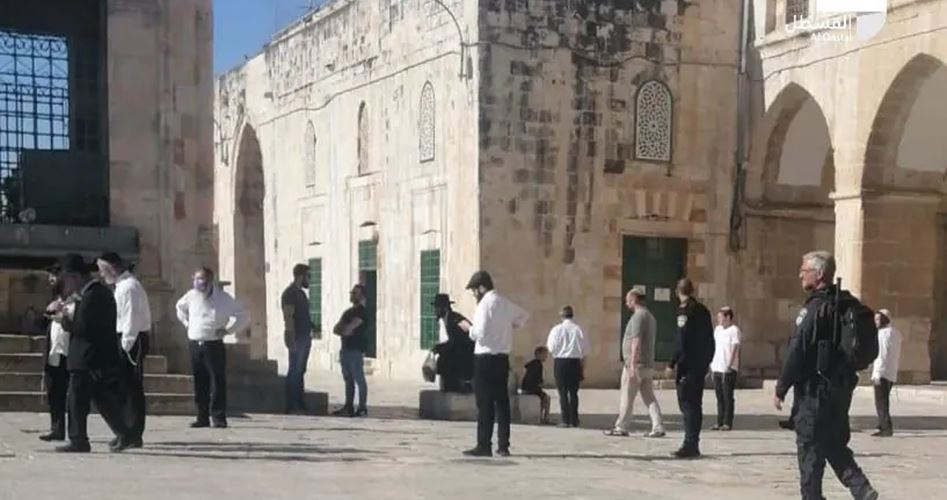 Dozens of Jewish settlers guarded by Israeli forces stormed the Aqsa Mosque in Jerusalem on Sunday.

At least 129 settlers, including government employees, entered the Mosque in different groups through its Maghariba Gate and toured its courtyards under police guard.