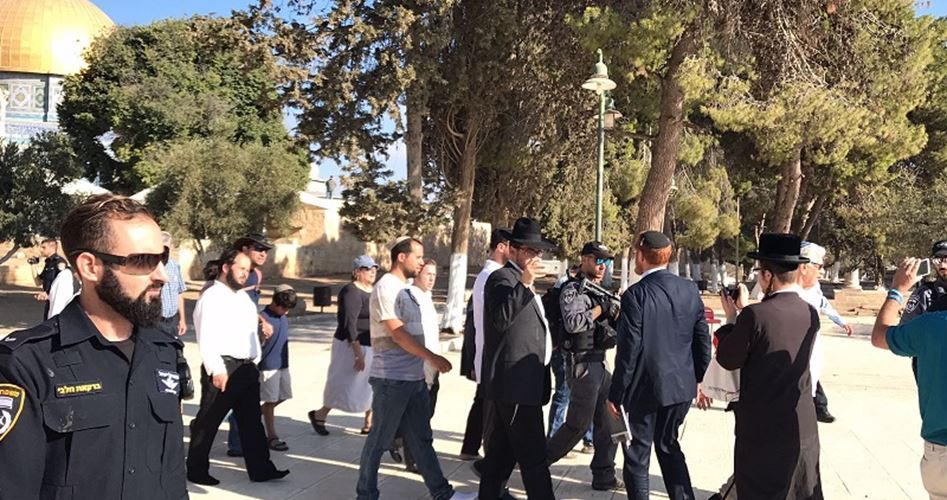 The Islamic Endowments Authority affirmed that dozens of settlers forced their way into the holy shrine in different groups through its Maghariba Gate.

The Aqsa Mosque is exposed to daily desecration by Jewish settlers and police forces in the morning and the afternoon, except on Fridays and Saturdays.