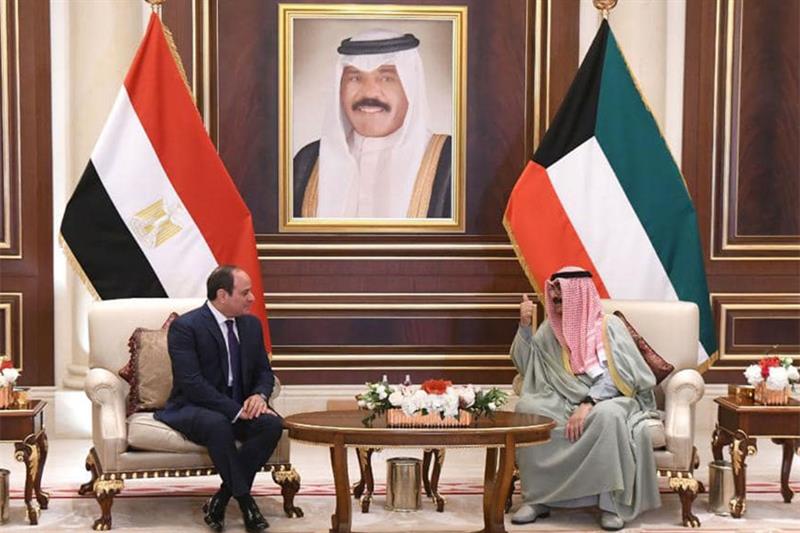 Egyptian President Abdel-Fattah El-Sisi has stressed Egypt’s keenness on the stability and security of Kuwait and all Gulf countries in the face of domestic and regional challenges, and that the security of these countries is part of Egypt’s own national security.

El-Sisi made the remarks in a meeting on Tuesday with Kuwaiti Emir Sheikh Nawaf Al-Ahmad Al-Jaber as part of his official visit to Kuwait, presidential spokesman Bassam Rady said in a statement.

This is the first visit by El-Sisi to Kuwait after Sheikh Nawaf took office in September 2020.

During the meeting, the Kuwaiti emir hailed Egypt’s role in enhancing Arab joint work in facing the current crises and challenges in the region.

The emir hailed Egypt’s efforts in this regard as an example to be followed in preserving stability and advancing the economic, development, and social situations in the Arab world.

Nawaf also praised Egypt’s support for Kuwait on all levels and the contributions made by the Egyptian community in Kuwait in construction and development efforts in various fields.