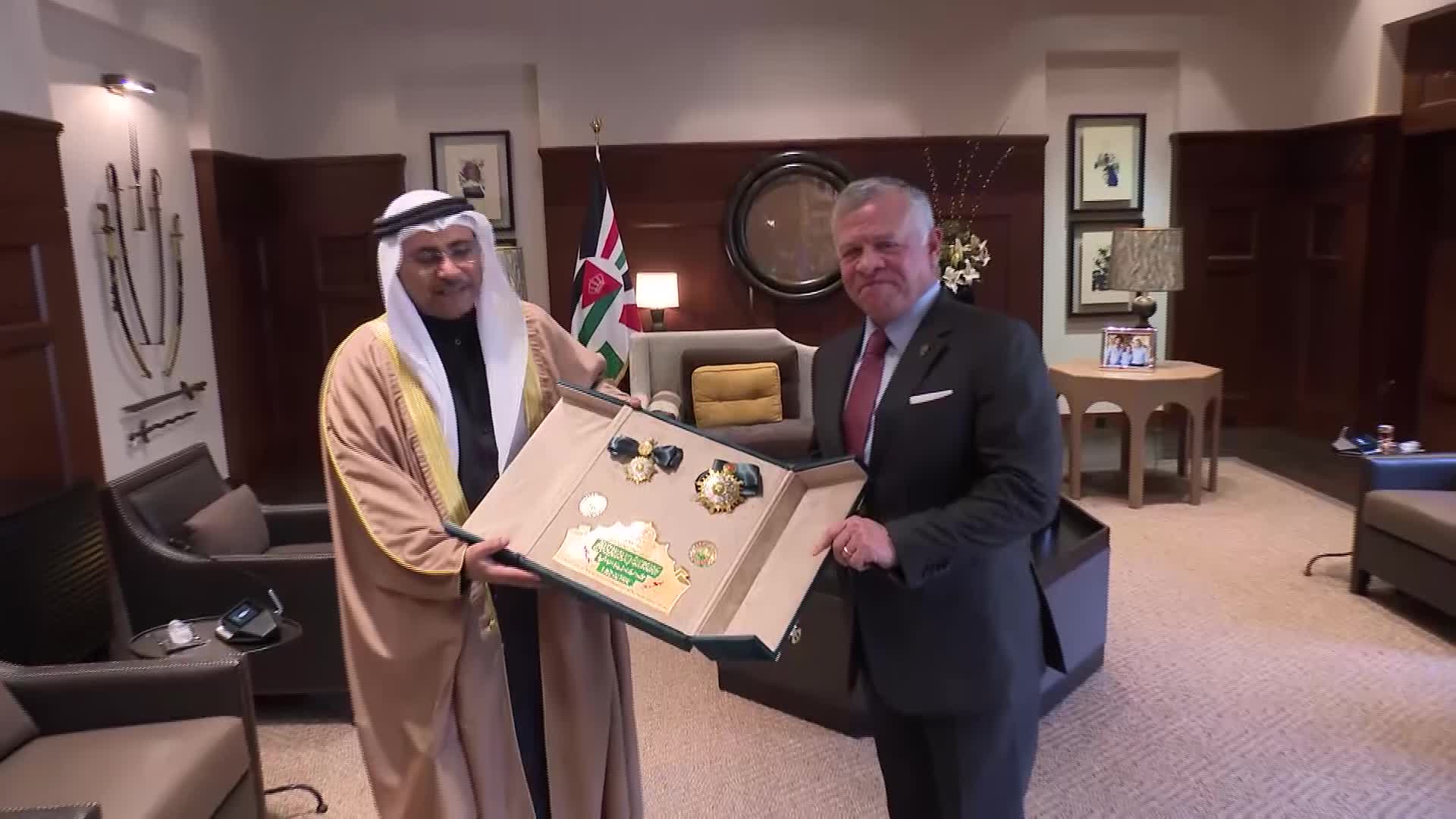 Assoumi presented to King Abdullah the Leader Medal, the highest honor awarded by the Arab Parliament, in appreciation of His Majesty’s efforts in service of Arab causes.

During the meeting, the King reaffirmed the strong brotherly and deep-rooted ties that unite Jordan with fellow Arab countries, expressing keenness to consolidate them across all fields.

He also expressed appreciation of the Arab Parliament’s role in supporting Arab causes, particularly the Palestinian cause and Jerusalem, as well as promoting joint Arab action and dialogue between parliaments.

The King pointed to the importance of stepping up efforts to fight terrorism and extremist ideology, which remain a major challenge for the region and the world.

For his part, the Arab Parliament speaker praised the King’s firm stances in defending Arab causes, and his support for efforts to promote joint Arab action and to reach political solutions to regional crises.

Speaker of the House of Representatives Abdul Karim Dughmi and Director of the Office of His Majesty Jafar Hassan attended the meeting.