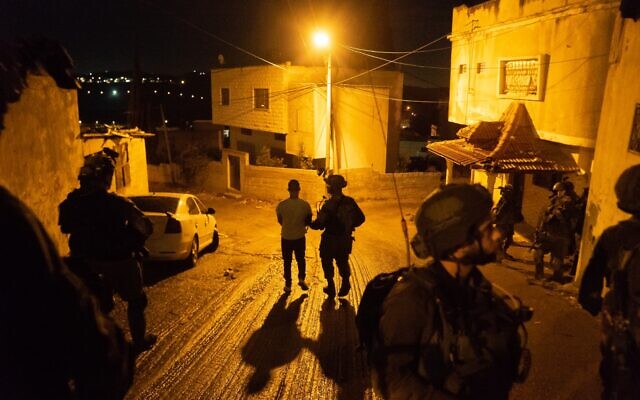 Israeli forces arrested dozens of members of a Hamas who were in advanced stages of planning major attacks on Israeli targets in the West Bank and Jerusalem, Israel’s Shin Bet security service said.

According to the Shin Bet, over 50 Hamas operatives were arrested across the West Bank for suspected involvement in the cell and large quantities of weaponry was seized, including the materials needed to make four explosive belts for a suicide attack.

According to the Shin Bet, the Hamas cell was led by Saleh al-Arouri, a senior leader in Hamas in the West Bank, and from afar, by Zakaria Najib, a member of the organization who was released from Israeli prison in the 2011 Gilad Shalit exchange and exiled to Turkey.

The Shin Bet said al-Arouri invested hundreds of thousands of shekels into the cell’s activities and offered a prize of $1 million if the cell successfully carried out a kidnapping.