Foreign Ministry: We hope Grossi’s visit to Tehran will be constructive 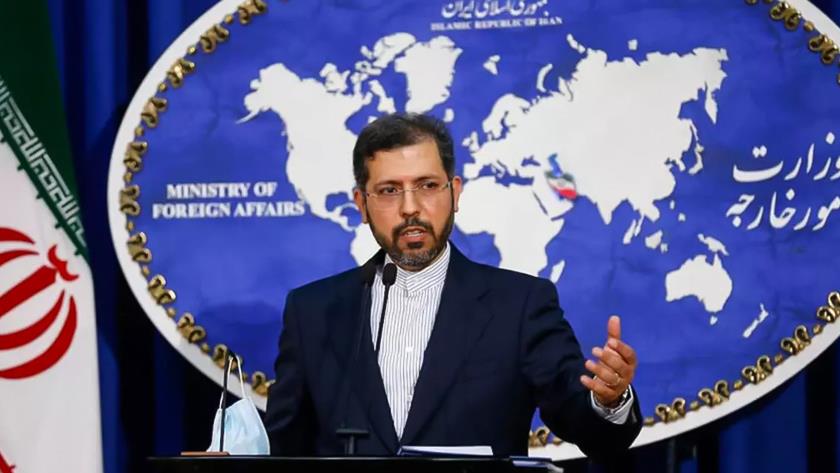 Spokesman for the Iranian Ministry of Foreign Affairs expressed hope that the visit of the director-general of the International Atomic Energy Agency (IAEA) to Tehran would be constructive.

In response to a question about the meeting of the Board of Governors of the International Atomic Energy Agency (IAEA) and the impact of any negative action on the Vienna talks, Khatibzadeh said “Grossi will visit Tehran tonight. Iran- IAEA relations have always tried to be technical and within the framework of safeguards, statutes, and procedures of the IAEA. We hope this trip is as constructive as before.

He added “We have always advised the IAEA to stay on the path of technical cooperation and not allow some countries to pursue political motives in the name of the IAEA. We make our decision within the framework of developments and circumstances.”

“The IAEA is well aware that all the sabotages and terrorist acts carried out by the Zionist regime on Iranian soil and accompanied by the silence of some claiming countries, have had a significant impact on some technical aspects.”

Commenting on the remarks of a US official that Iran is returning to an irreversible point in the Joint Comprehensive Plan of Action (JCPOA), Saeed Khatibzadeh said “Trump has left, but it seems that the factory of fake US news has not been closed.”

Iran’s Foreign Ministry spokesman continued “It will not help them to stage a show and think that they can impose a false narrative on the international community and create a psychological atmosphere by approaching the Vienna talks.”

“The world has not forgotten that the United States withdrew from the JCPOA, and that it is the current US administration that continues Trump’s policy. It imposes sanctions at the same time as it sends us the message. The United States must lift sanctions, and that is the only way to reach an agreement.”

Khatibzadeh went on to say “If the JCPOA does not have the economic interests and normalization of Iran’s trade, the other side knows that this window will not be open for it forever. The law of parliament, which is binding on the government, says the same thing.”

“These are not worth answering,” the spokesman said in response to a question about the remarks made by US officials in Manama. I advise the countries of the region not to place such transactions,” Khatibzadeh added.

Khatibzadeh referred to France’s position these days saying “It seems that some countries have media claims as the Vienna talks begin, and it is better for all of us to focus on the Vienna talks being serious. Our focus is on lifting unilateral extraterritorial and illegal sanctions against Iran.”

Regarding the remarks of the Secretary-General of the Persian Gulf Cooperation Council that the Vienna talks will not be successful without the presence of the Arab countries of the Persian Gulf, the spokesman said “I did not see these statements, but our position is quite clear. What is being done in Vienna is to focus on lifting the sanctions imposed on Iran.”

“If the Gulf states think we have different dialogue, they should listen to that position. Our plan is clear about Vienna. Our program is also clear about the region.”