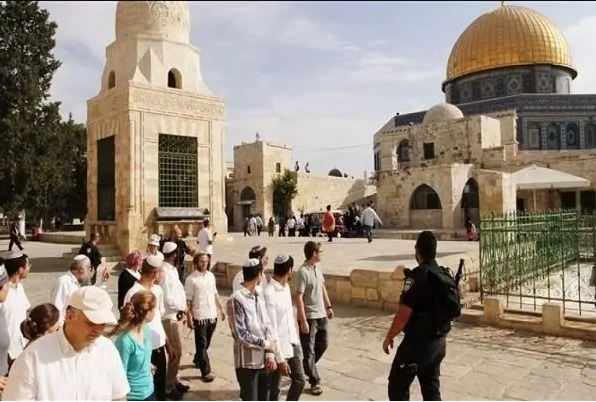 Israeli settlers stormed Al-Aqsa Mosque on Monday and clashed with Palestinians with the support of Israeli military forces.

The settlers chanted anti-Islamic slogans after attacking Al-Aqsa Mosque which lead to clashes with Palestinian citizens.

A senior member of Palestinian Hamas, Mohammad Hamadeh, has recently announced that the movement has issued a call for public preparedness in defense of Al-Aqsa Mosque.

The senior Hamas member stated that hostile actions of Israeli settlers in launching a brutal attack on Al-Aqsa Mosque are fully organized and have been predetermined according to the plan.