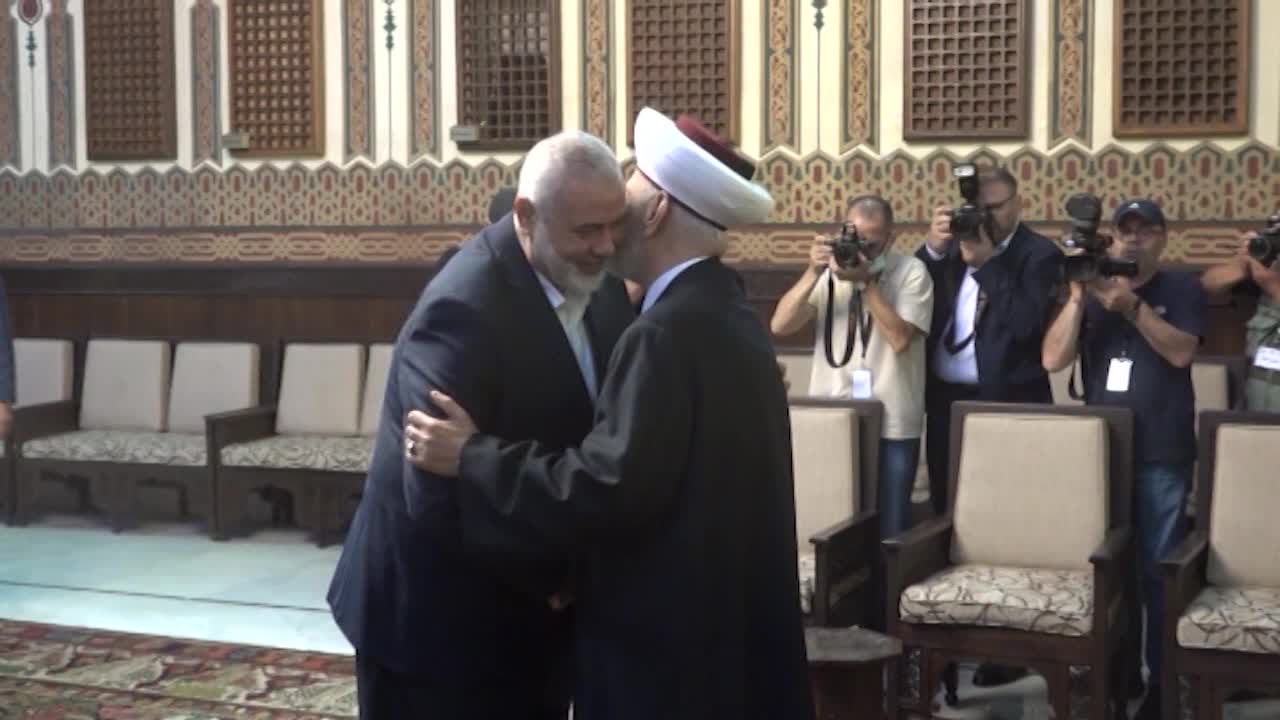 Haniyeh said that he briefed the Mufti on the developments of the Palestine cause, in general, and the Quds and the Aqsa Mosque, in particular.

He added that discussions also touched on the current developments in the region and Lebanon, and the situation of the Palestinian people and Palestinian camps.

Haniyeh congratulated the Mufti and the Lebanese people on the completion of the parliamentary elections, wishing Lebanon political, security and social stability in the coming stage.

The Palestinian official further noted that Lebanon’s stability, strength and unity is a source of strength for Palestine and the resistance.

Heading a senior Hamas delegation, Haniyeh arrived on Wednesday in the Lebanese capital, Beirut, where he met Lebanese officials.

He will also deliver the Palestinian resistance’s speech before the “Islamic National Conference” in its 31st session held in Beirut.