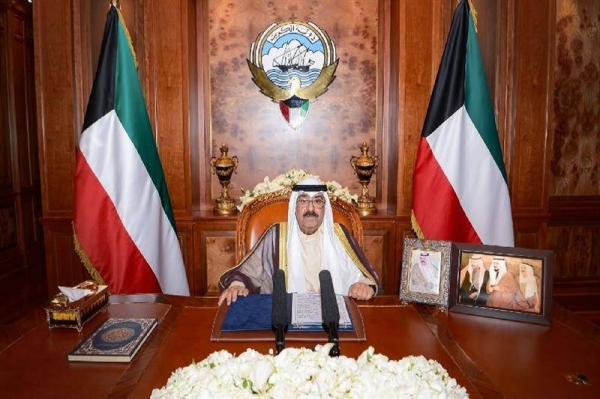 Crown Prince Sheikh Meshal al-Ahmad al-Sabah said in a televised speech that the domestic political scene was being “torn by disagreement and personal interests” to the detriment of the U.S.-allied country and OPEC oil producer.

Sheikh Meshal, who was handed most of the ruling emir’s duties late last year, said decrees would be issued for the dissolution of parliament and for “elections in coming months”.

Emir Sheikh Nawaf al-Ahmad, who has the constitutional power to dissolve parliament, made a brief appearance, and said Sheikh Meshal, his half-brother and designated heir, would speak on his behalf, effectively blessing the move.