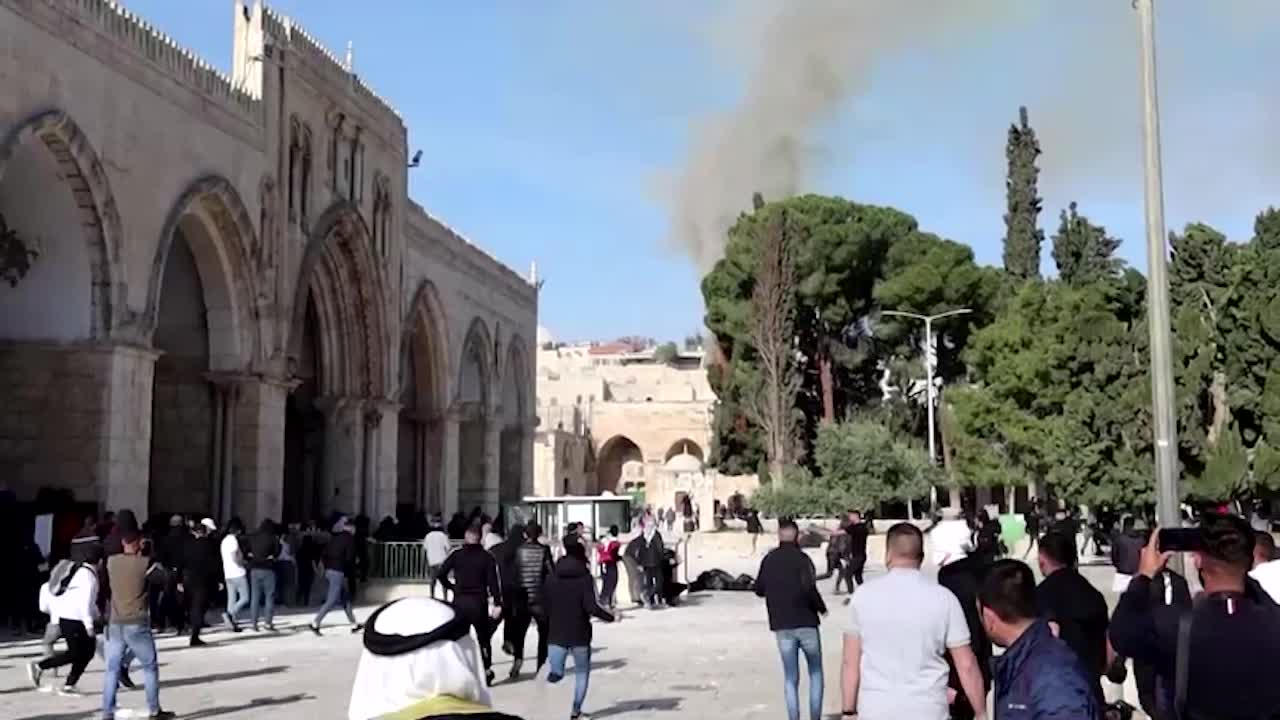 Israeli drones were seen firing teargas canisters at the worshipers, causing many cases of suffocation from gas inhalation, notably among children and women. Most of those who suffocated were treated at the scene by local medics.

The Islamic Waqf authority overseeing the compound said about 150,000 faithful, most of them Palestinians from Jerusalem, the West Bank and the Arab towns inside Israel, prayed at al-Aqsa Mosque today, the third holiest site in Islam.

Earlier in the morning, scores of worshipers were injured in an Israeli raid on the holy site, marking the latest in a series of almost daily attacks since April 15 in which the Israeli Police have used brutal force against Muslim worshipers in an attempt to empty the holy site to make way for Israeli radicals to celebrate Passover there.