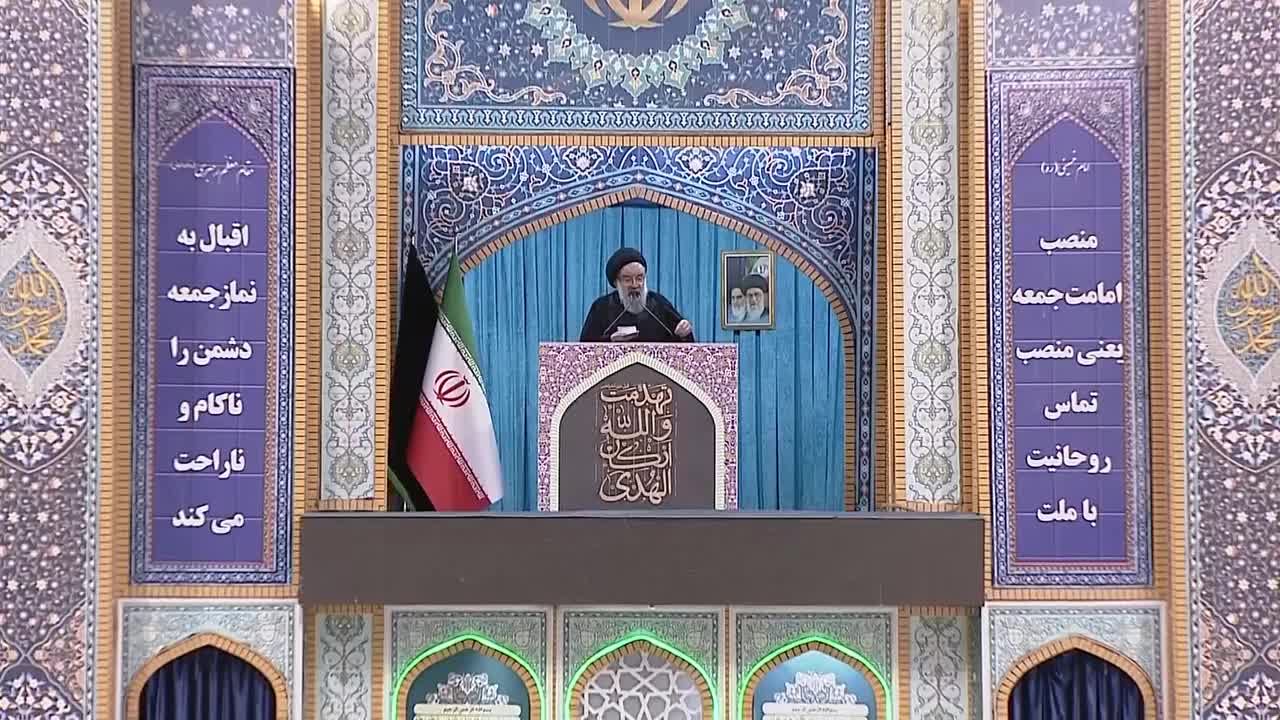 The interim leader of Friday Prayers in the Iranian capital of Tehran has called for massive turnout in the International Quds Day rallies, saying the day provokes the ire of the enemies of Muslims.

The temporary leader of Friday Prayers in the Iranian capital of Tehran Ayatollah Ahmad Khatami said during today’s sermon that it is the duty of the rulers of Afghanistan to ensure the security of the people, adding that the perpetrators of the recent terrorist attacks in Mazar-i Sharif and other cities in Afghanistan must be identified and punished for their crimes.

He further pointing to the approaching international Quds Day and said that the rallies on that day in the Islamic world angers the enemies.

Referring to the Vienna talks, Ayatollah Khatami said, “Serious guarantees must be taken from the West.”

He continued, “Definitely, the IRGC should be removed from the list of sanctions.”

He further stressed that the Iraian nuclear program is peaceful, adding that all the sanctions must be lifted.

The Tehran Friday Prayers leader also pointed to the Sweden incident, saying that the European country cannot stop the spread of Islam.

Elsewhere in his remarks, Khatami referred to the anniversary of the defeat of the US military attack in Tabas region in northeast Iran in the early days after revolution due to a sandstorm and reminded that since the beginning of the victory of the revolution, Washington has not stopped conspiring against the Iranian nation for a single day.