Thousands Pray at Al-Aqsa Mosque on Third Friday of Ramadan 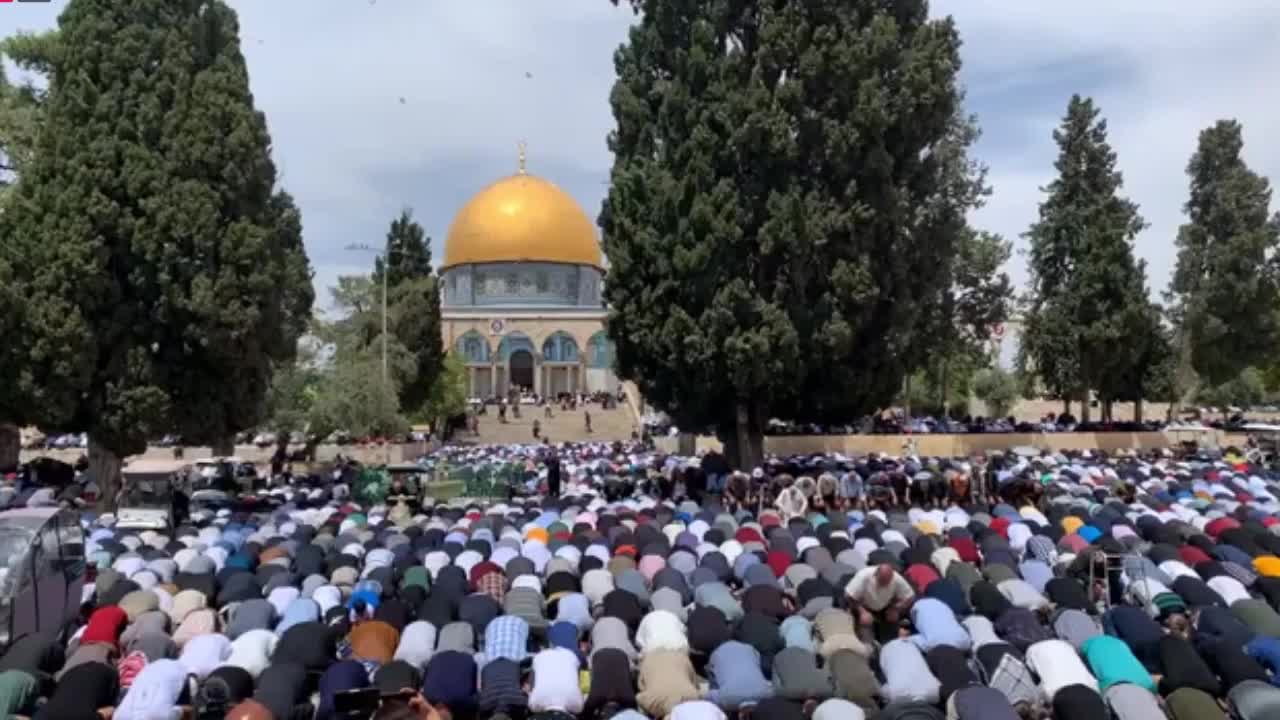 Tens of thousands of Muslim worshipers took part today in the third Friday prayer of the holy month of Ramadan at the Al-Aqsa Mosque compound in occupied Jerusalem, despite Israel’s restrictions.

About 150,000 faithful, most of them Palestinians from Jerusalem, the West Bank and the Arab towns inside Israel, prayed at al-Aqsa Mosque today, the third holiest site in Islam, said the Jordan-run Islamic Waqf authority overseeing the compound.

Israeli occupation forces also deployed large numbers of troops at the gates leading to the holy site, inspecting worshipers’ identify cards and conducting bodily search to some of them.

Israeli police further tightened their security measures around the holy site, but prayers passed peacefully. Thousands of Palestinians prayed at Israeli checkpoints leading to Jerusalem from the West Bank after being blocked from entering the holy city.

Earlier today, scores of worshipers inside the Al-Aqsa Mosque were injured in an Israeli raid on the holy site. The attack was the latest in a series of almost daily attacks since April 15 in which the Israeli Police have used brutal force against Muslim worshipers in an attempt to empty the holy site to make way for Israeli radicals to celebrate Passover there.

The Palestinian Red Crescent said at least 31 worshipers were wounded in the attack while many others sustained suffocated from teargas inhalation. It said two of the injuries were critical, while 11 cases were moved to hospital.