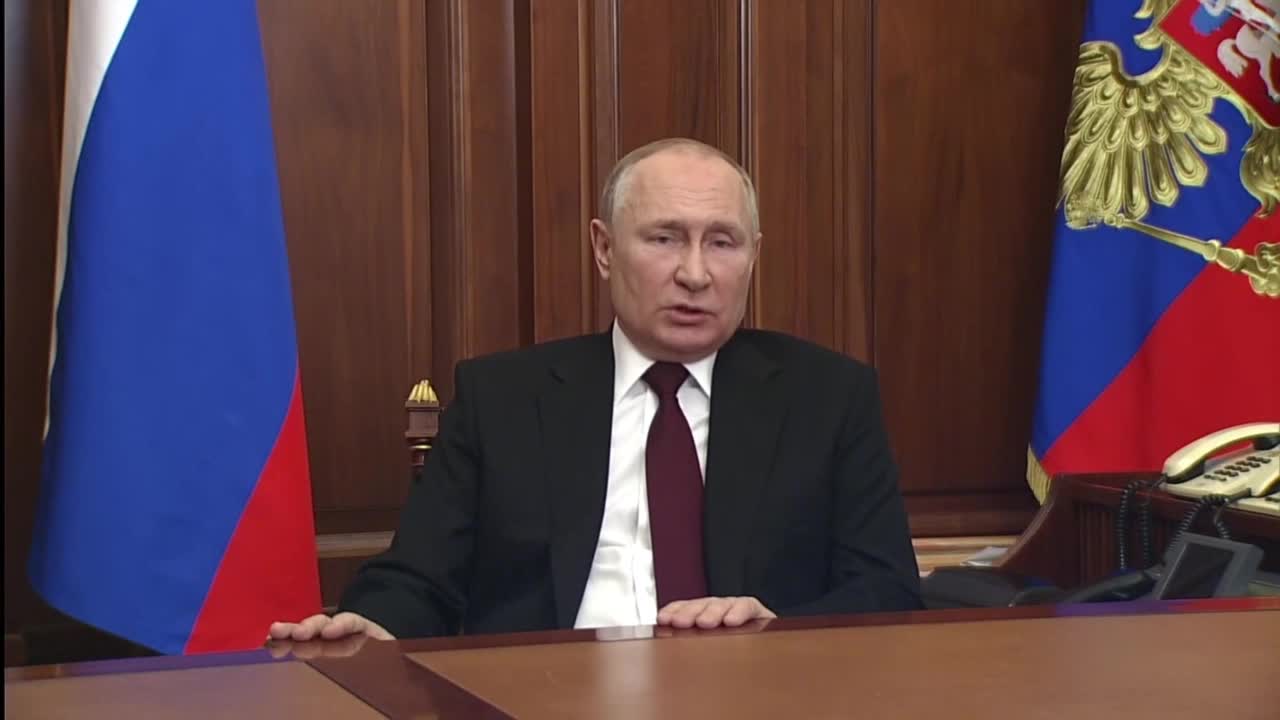 Ukraine’s statement of potential development of its own nuclear weapons are not an empty bravado, Kiev has Soviet technologies and delivery systems for such weapons, Russian President Vladimir Putin said in his televised address Monday.

“We also know that statements have already been made that Ukraine intends to develop its own nuclear weapons, and it is not an empty bravado. Ukraine indeed has Soviet nuclear technologies and delivery systems for such weapons, including aviation and Tochka-U tactical missiles, developed back in the Soviet; their range is over 100 km, but they will develop even longer-range ones, it is only a matter of time. There is groundwork from Soviet era,” Putin said.

“Therefore, it would be much easier for Ukraine to obtain nuclear weapons than to some other states – I won’t name them now – who effectively carry out such research. Especially in case of technological support from abroad, and we must not rule this out as well,” the President added.

Putin underscored that, should Ukraine obtain weapons of mass destruction, the situation in the world and in Europe will change dramatically.

“We cannot leave this real danger without reaction,” Putin said. “Especially, I repeat, that Western benefactors may aid in emergence of such weapons in Ukraine, in order to create yet another threat for our country.”