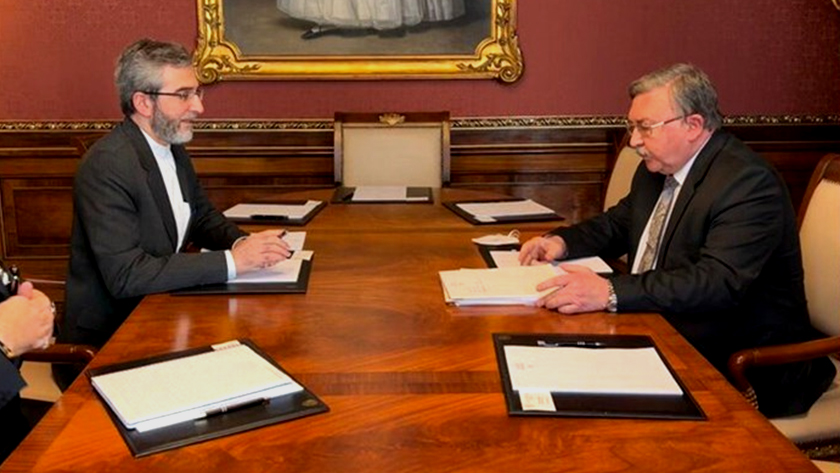 “A very useful meeting with the Head of the delegation of Iran at the Vienna Talks Mr. A. Bagheri Kani,” the Russian diplomat tweeted.

“Close coordination between our two delegations is one of the prerequisites of successful continuation and completion of Vienna talks on the restoration of JCPOA and lifting sanctions,” the tweet reads.

Following the ongoing consultations in Vienna within the framework of the eighth round of talks between Iran and the P4 + 1 group (Germany, France, Russia, China, and the UK) to lift US sanctions against Iran, a bilateral meeting was held between Ali Bagheri, Senior Negotiator of the Islamic Republic of Iran and Russian top negotiator Mikhail Ulyanov.

Today, in this regard, US Secretary of State Antony Blinken, in a meeting with his Russian counterpart Sergei Lavrov, asked him to help his country revive the JCPOA and paves the way for the return of the US to the deal.

Blinken, Lavrov met in Geneva on Friday, January 21, to discuss the Ukraine standoff.

Blinken said he and Lavrov had discussed international efforts to revive a nuclear agreement with Iran amid concerns that time is running out to bring negotiations to a successful conclusion.