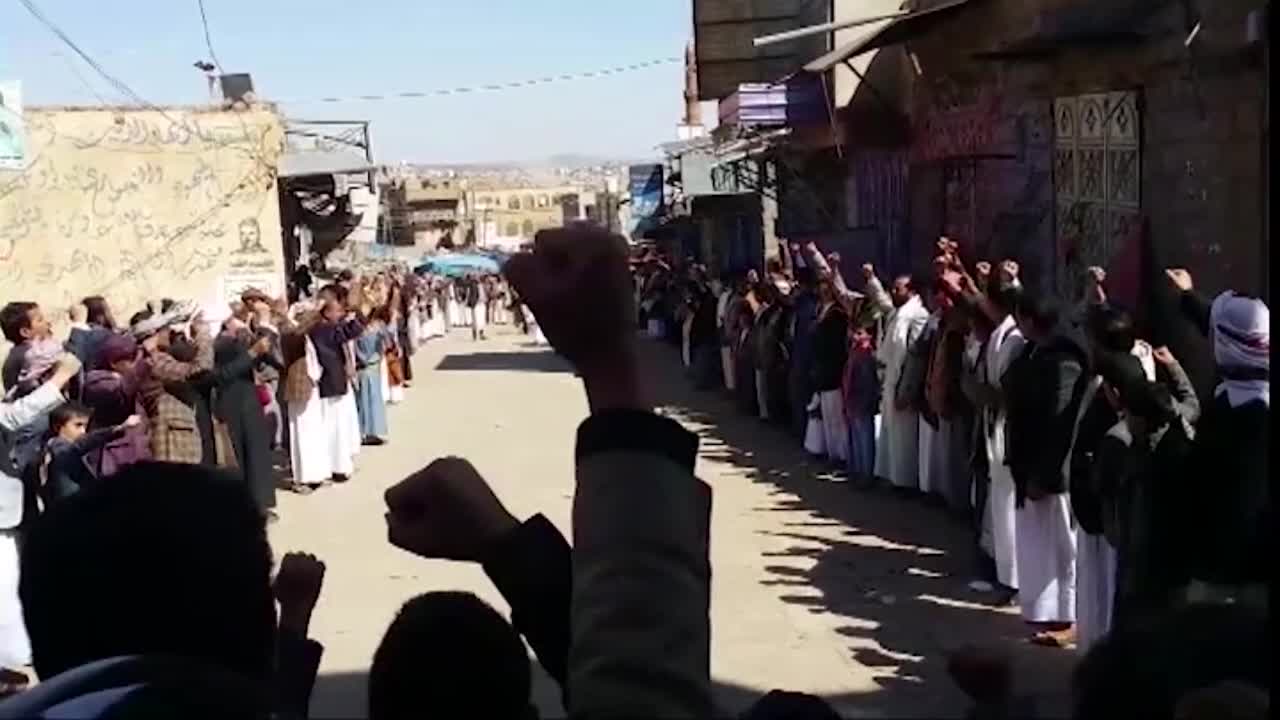 Masses went to streets in Hajjah Governorate denouncing Saudi-led Coalition and the ongoing blockade on the country, threatening with “harsh retaliation” on the fronts.

The participants condemned military and economic escalation, stressing that the Yemeni people will not stand idly by the US economic war.

The participants in the march held the US responsible for targeting innocent civilians in their homes and the recent military and economic escalation, stressing that the Yemeni people will not accept the return of the American hegemony.

Saudi-Led Coalition warplanes struck on Friday a prison in the northwestern province of Saada leaving 77 killed and 223 injured.

Meanwhile, the Arab impoverished country has lost its connection to the internet nationwide after Saudi-led air strikes targeted a site in the contested city of Hudaida, plunging the war-torn nation offline.

The disruption began around 1:00 a.m. (local time) on Friday and affected TeleYemen, the state-owned monopoly that controls internet access in the country, advocacy group NetBlocks said.

Yemen was “in the midst of a nation-scale internet blackout following air strike on (a) telecom building,” NetBlocks said, without elaborating.