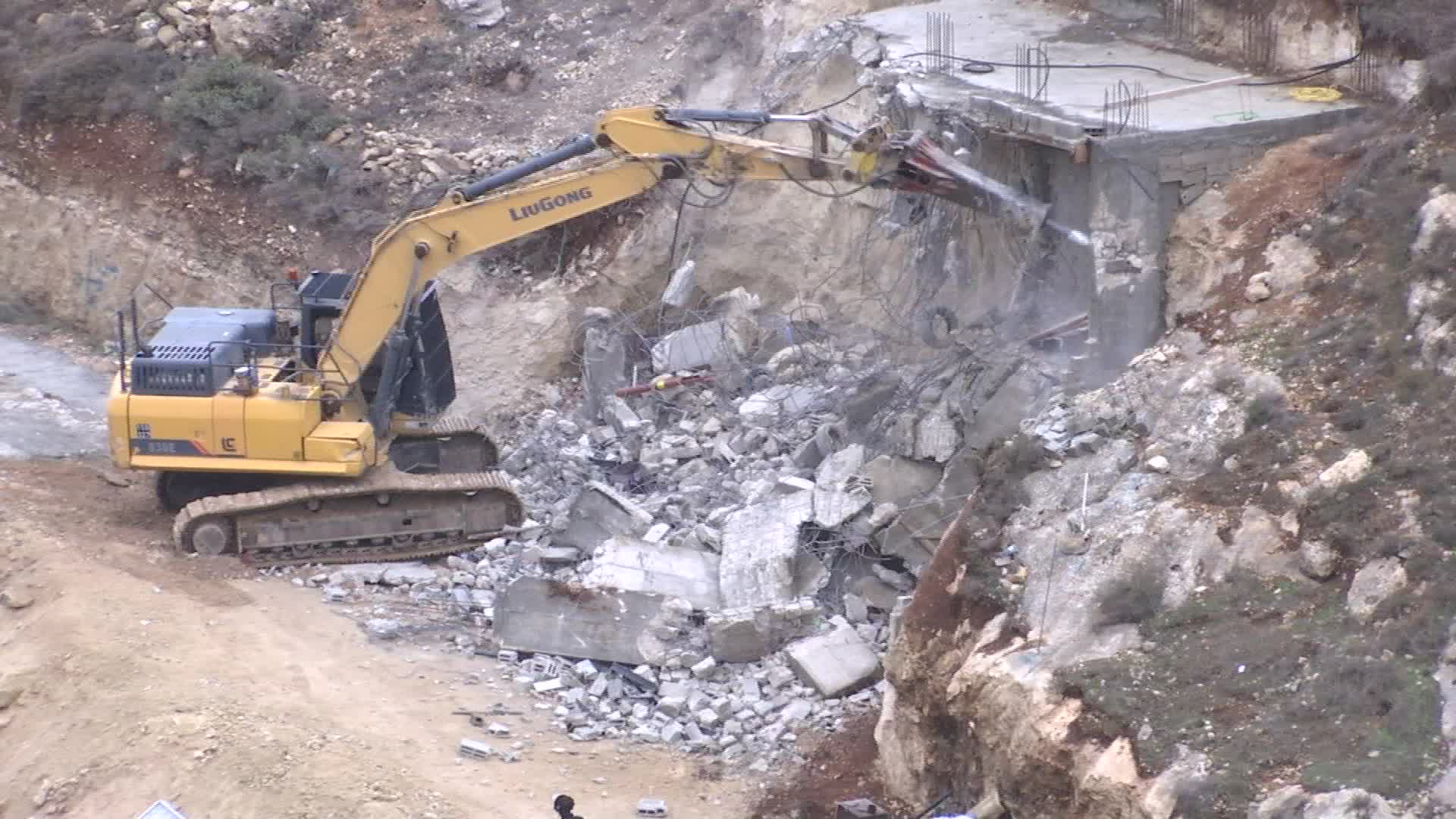 Israeli forces demolished today, Tuesday, a two-story Palestinian-owned house in the construction stage in the town of Nahalin, to the west of the occupied West Bank city of Bethlehem.

Hani Fanoon, deputy mayor of the Nahalin municipality, said that large units of Israeli forces raided a section of the town where the house is located and sealed it off before proceeding to demolish the two-story house, each floor 80 square meters in area, owned by a local resident.

He said residents clashed with the soldiers during the raid and demolition of the house.

The soldiers fired tear gas canisters and sound grenades to disperse the protesters.

Israel has escalated its aggressive measures against the town of Nahalin as it last month demolished three rooms and gave out notices of demolition and halt on construction against several structures in the town.