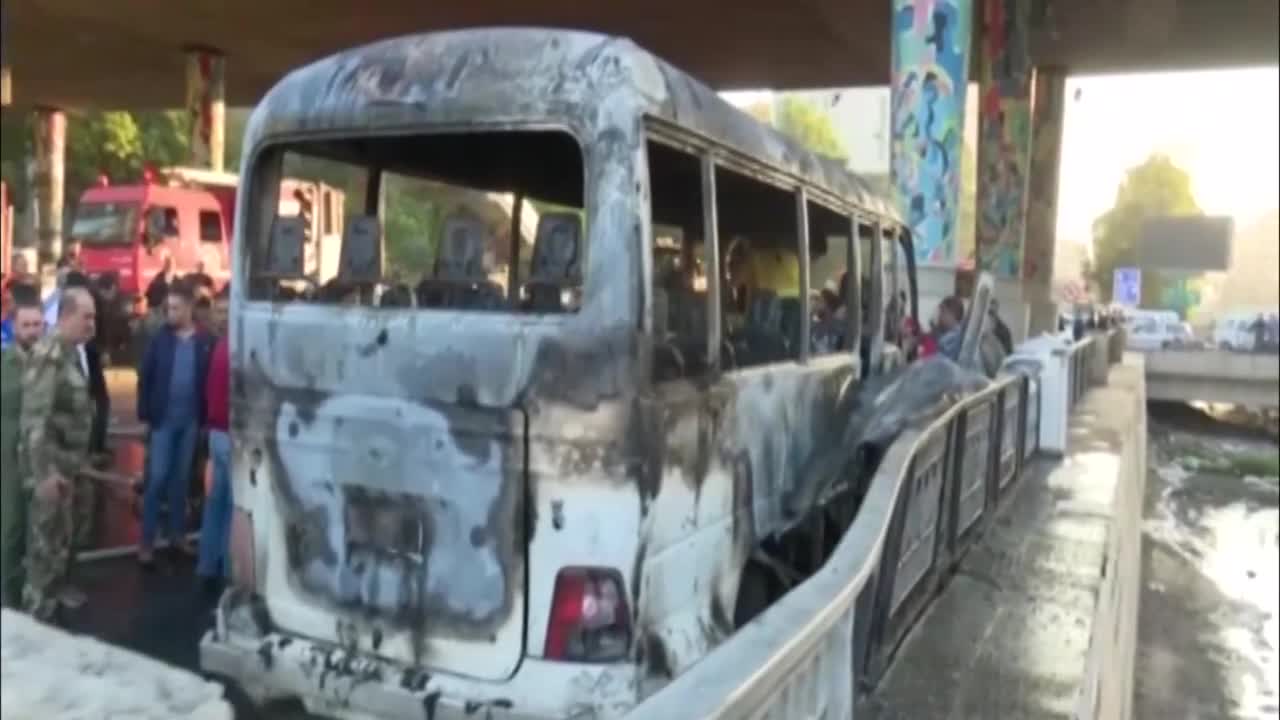 Syrian Foreign and Expatriates Ministry urged the international community and the UN Secretary- General to condemn the terrorist bombing that targeted a military bus in Damascus and to take deterrent measures against the states supporting terrorism.

The attack comes in the framework of the continued attempts by terrorist organizations and their sponsors to raise their morale, particularly in Idlib, a source at the Ministry said in a statement.

“Government of the Syrian Arab Republic, while strongly condemns the cowardly terrorist act that took place on Wednesday morning by bombing a bus in the center of the Syrian capital ,Damascus, with two explosive devices that claimed the lives of fourteen citizens and injured others , it stresses that carrying out this act amid a crowded area comes in the context of continued attempts by terrorist organizations and their sponsors to raise the terrorists’ morale, particularly in Idleb where the terrorists are suffering from successive defeats in front of the achievements of the Syrian Arab Army that liberates the Syrian lands from terrorists and restores the stability and security to many regions.”

“The Syrian government affirms that such terrorist acts will not prevent it from performing its duty in fighting terrorism and restoring security and stability to Syria and its people” the source added.

It went on to say that the timing of this terrorist attack shows again the real agendas of its sponsors who seek to target Syria, its people and capabilities, adding that the coincidence of this heinous act with other terrorist attacks to destabilize the regional states in service of the Israeli entity and terrorism clearly affirms the use of terrorism as a criminal political weapon to realize low intervention purposes in the domestic affairs of Syria.

“The image of Syria’s enemies becomes more hideous than before when the armed terrorism completes the other terrorist cycles such as the economic sanctions , hindering the reconstruction and the return of the displaced as well as preventing the normal life from been restored throughout the county” the source added.

The source concluded “the Syrian Arab Republic calls on the international community and the UN Secretary- General to condemn this explosion that targeted unarmed civilians, and it calls on the Security Council to take deterrent measures against the states supporting and financing terrorism and to assume its responsibilities in implementation of resolutions related to combating terrorism to preserve international security and safety.”