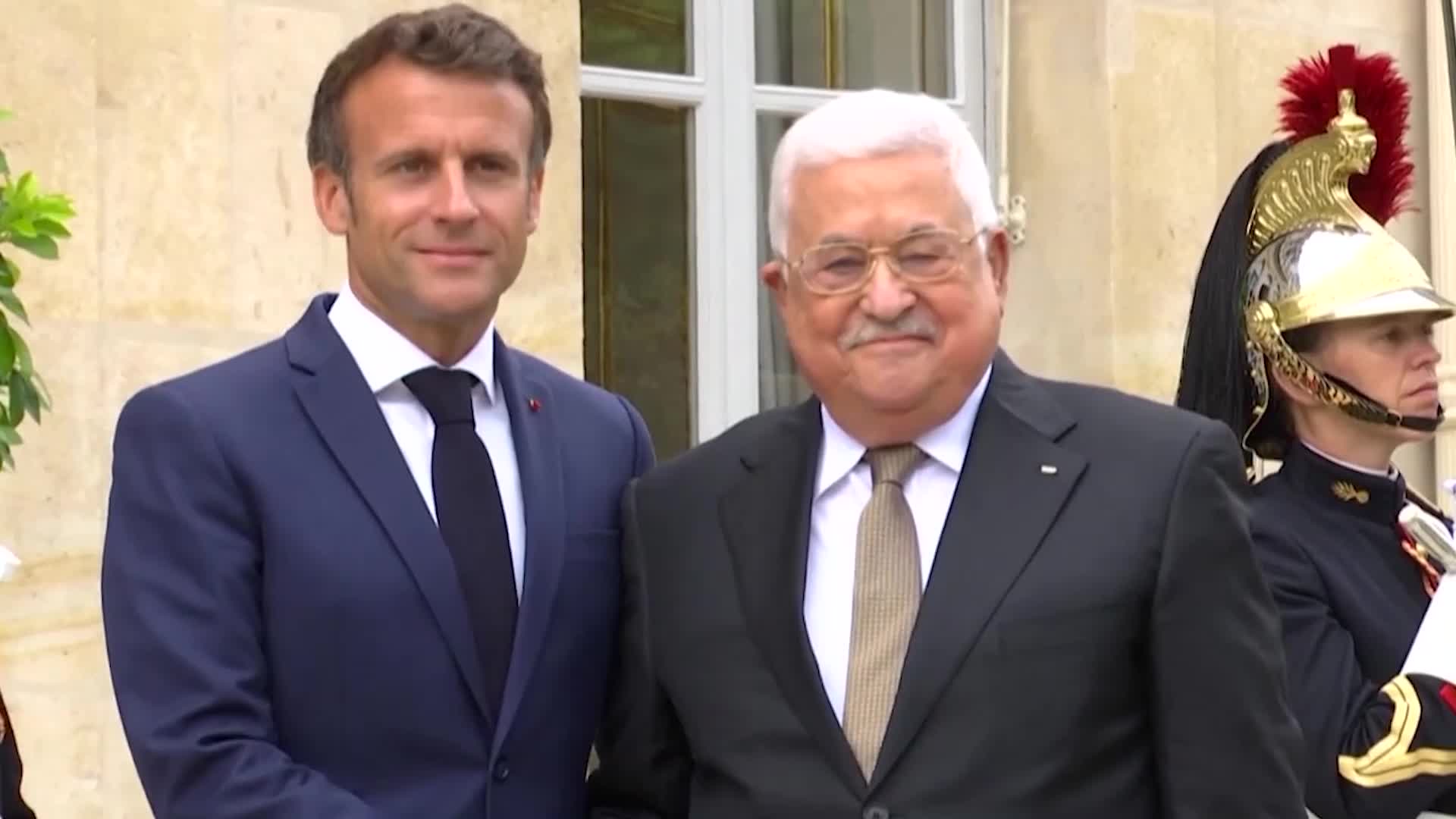 French President Emmanuel Macron said that there is no alternative to the resumption of peace efforts in order to achieve the interests and security of the Palestinian and Israeli peoples.

He made the remarks during a joint press conference with Palestinian President Mahmoud Abbas in the French capital, Paris.

Macron stressed France’s keenness to guarantee the security of the two sides, adding “We will work with all parties to open a credible political horizon, and we are ready to resume this process and mobilize the international community to find a solution that will lead to a just and lasting peace.”

He voiced his country’s continued support to the Palestinian people through bilateral assistance and the assistance of the European Union, as well as supporting the United Nations Relief and Works Agency (UNRWA).

“This assistance will contribute to building the future viable Palestinian state,” he said, noting the repercussions related to the global food crisis, especially in the Palestinian Territory, and particularly in Gaza. “France is ready to help you in this field,” the French president added.

“We know that this situation has been going on for several decades, and for my part, I think that there is a political horizon, and we must seize every opportunity in order to find the ability to progress,” Marcon said.

He noted that president Abbas’ visit comes at a critical stage amid the ongoing tensions, conflicts, and terrorism in the Middle East, and at a time when the situation in Jerusalem and the Palestinian territories is more worrying than ever.

“In order to avoid this and ease tensions that undermine the lives of Palestinians and Israelis, we must move and work to address the deep political reasons that led to this disruption, by putting an end to unilateral measures, especially with regard to the settlement policy and confiscation of Palestinian property in contravention of international law, in order to establish two states living side by side in peace and security.”

Abbas arrived in the French capital, Paris, on Tuesday evening, on an official visit.