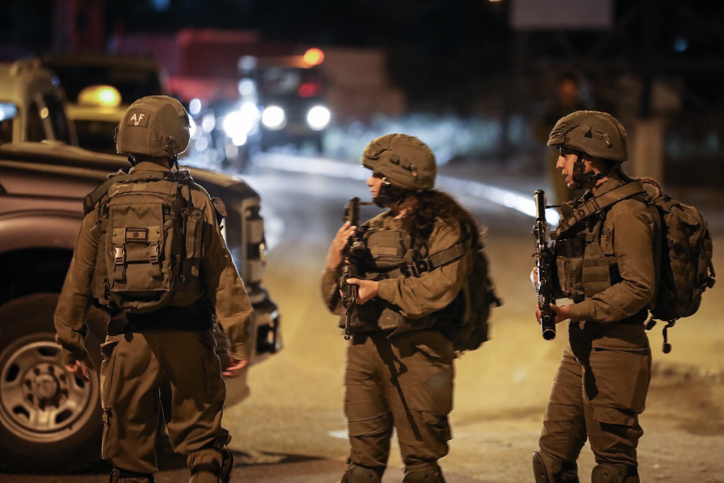 Local sources reported that Israeli forces rounded up a Palestinian after breaking into and searching his family house in Surda town, northeast of Ramallah.

In the Jerusalem area, the sources confirmed a raid in al-Ram town, north of the city, resulting in the detention of another.

During ensuing confrontations, the soldiers fired live gunfire, stun grenades and tear gas canisters toward local young men protesting the raid, hitting two with live ammunition; one in the hip and the other in the foot.

They also conducted a similar raid in Bir al-Basha town, west of Jenin, resulting in the arrest of another former prisoner.

In Nablus district, the heavily-armed soldier showed up at a house in Beit Furik town, east of the city, woke up all residents, and detained a resident.

Elsewhere in the northern West Bank, the sources confirmed a raid in Tubas city, resulting in the arrest of a former prisoner.

In the southern West Bank town of Tuqu, east of Bethlehem, the soldiers forcibly entered several houses, ransacked them, and detained six people, including two 14-year-old minors and another 13-year-old minor.

A resident of the southern besieged Gaza Strip was also detained on Monday evening to the east of Rafah city.