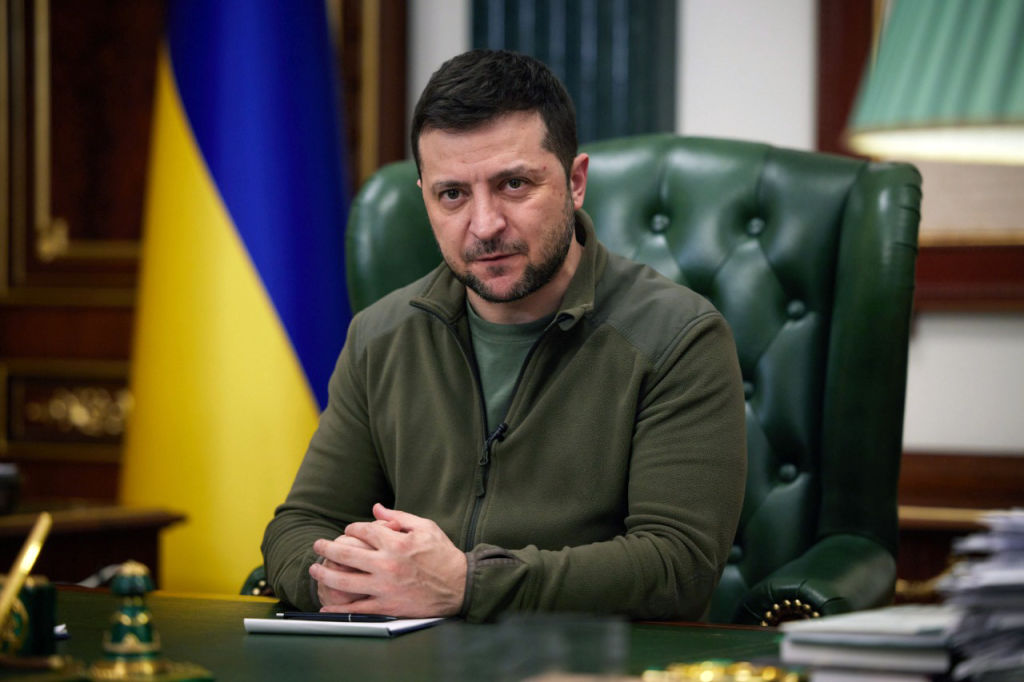 Ukraine President Volodymyr Zelensky said Monday that Africa was “a hostage” of Russia’s war on Ukraine, adding that Kiev was engaged in “complex negotiations” to unblock the grain trapped at its Black Sea ports by Russia’s naval blockade.

“Africa is actually a hostage… of those who unleashed war against our state,” Zelensky said in an address to the African Union.

“This war may seem very distant to you and your countries. But the food prices that are catastrophically rising have already brought (the war) to the homes of millions of African families,” he said.

“The unjust level of food prices, which has been provoked by the Russian war, is being painfully felt on all continents. Unfortunately, this can be a particular problem for your countries.”

Although the global grain crisis would last as long as Russia pressed its “colonial war”, he said Ukraine was trying everything to free up its ports while also trying “to build a new logistical supply chain” for the 25 million tonnes of grain blocked inside its borders.

“We are conducting complex multilevel negotiations to unblock our Ukrainian ports. But there is no progress yet because no real tool has yet been found to ensure Russia does not attack them again,” he admitted.

So far, global organizations had not yet found a way to convince Russia to end its invasion.

“That is why the food crisis in the world will continue as long as this colonial war continues.”

He said Kyiv wanted to “intensify” dialogue with African Union member states and would soon appoint a special representative for Africa.

And he also proposed opening discussion on a “major political and economic conference” on ties between Ukraine and Africa.