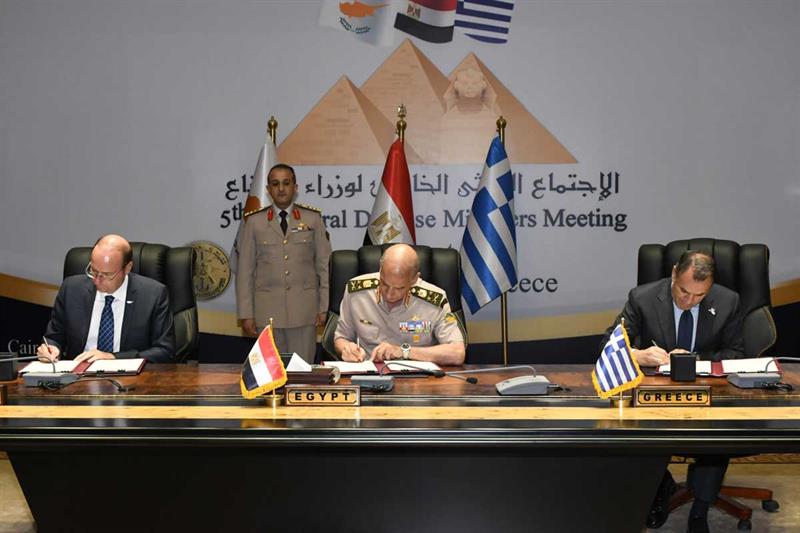 The Defense Ministers of Egypt, Cyprus and Greece signed a joint statement on Monday within the framework of their armed forces’ keenness to support defense and security cooperation during a tripartite meeting in Egypt.

During the Fifth Trilateral Defense Ministers Meeting, Egypt’s Minister of Defense and Military Production Mohamed Zaki highlighted the importance of supporting cooperation and partnership between Egypt, Cyprus and Greece to achieve security and stability in the Middle East and Eastern Mediterranean regions, Egyptian Armed Forces spokesman Gharib Abdel-Hafez said in a statement.

He hailed the fruitful relations witnessed recently between the three countries, who have a unified vision on issues of mutual concern, the statement said.

For his part, Greek Minister of National Defense Nikos Panagiotopoulos highlighted the importance of the outcomes of the tripartite meeting with Egypt and Cyprus, which would enhance the three countries’ joint interests.

Panagiotopoulos hailed Egypt’s effective role on the regional and international levels to achieve security and stability in the Middle East and Eastern Mediterranean.