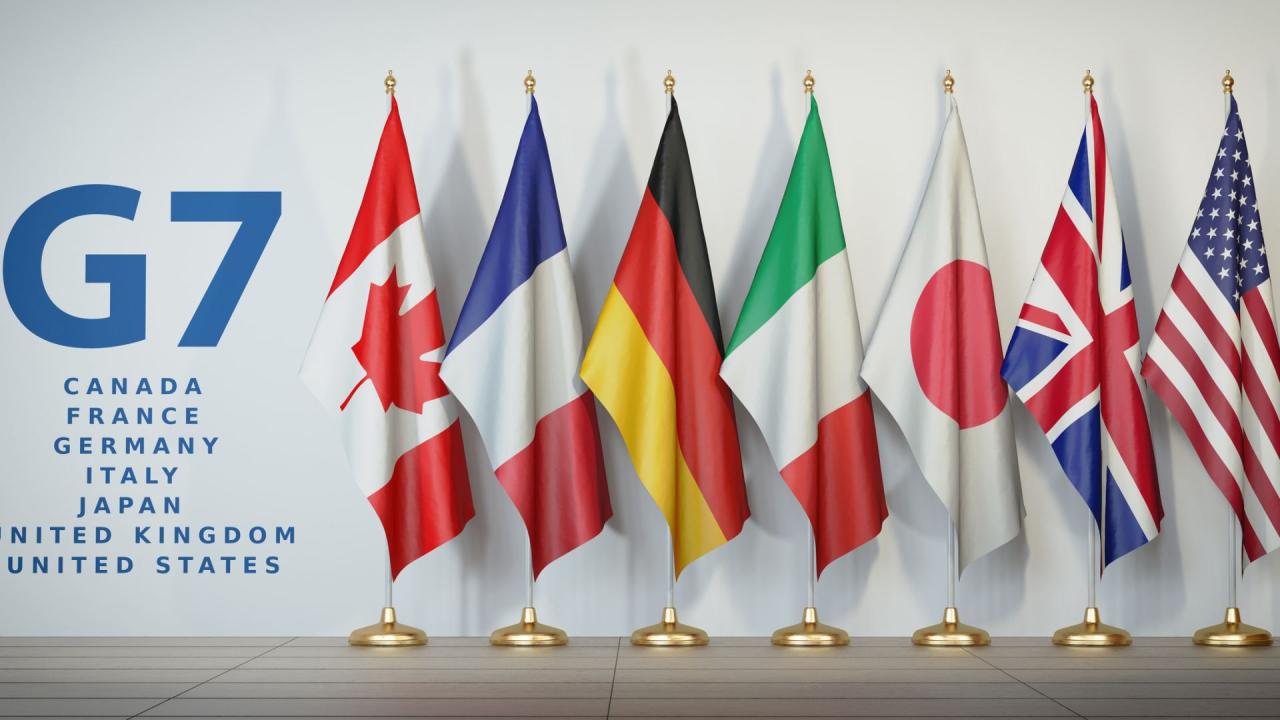 The heads of the central banks and finance ministries of the G7 countries have pledged to provide additional support to Ukraine totaling more than $24 billion.

In a statement on Wednesday, the finance ministers of the seven countries said, “In 2022, together with the international community, we provided and promised Ukraine $24 billion in assistance,” adding that they were prepared to do more as needed.

During the years 2014 to 2021, it is specified that Kiev received about $60 million in economic support from Western countries.

“International organizations and multilateral fora should no longer conduct their activities with Russia in a business-as-usual manner,” the finance ministers added, noting their regret about Russia’s participation in international forums like “G20, International Monetary Fund and World Bank meetings this week.”

The Group of Seven includes the UK, Germany, Italy, Canada, the Unites States, France, and Japan.

G20 finance ministers walk out in protest to Russia

As G20 finance leaders met on Wednesday, officials from Britain, France, the United States, and Canada walked out as Russian officials spoke during a meeting in Washington.

US Treasury Secretary Janet Yellen led a multinational group of finance chiefs on the walkout in the latest protest by Western nations over Moscow’s “special operation” in Ukraine. Yellen said earlier this week that she would not take part in meetings with her global counterparts if Russian officials were included.

Ukrainian officials, who seek financial aid from Western governments, also walked out of the meeting.

The meeting took place on the sidelines of the spring meetings of the International Monetary Fund (IMF) and the World Bank in Washington, in which finance heads gather to tackle the world’s most pressing issues.

“We are united in our condemnation of Russia’s war against Ukraine and will push for stronger international coordination to punish Russia,” British Finance Minister Rishi Sunak said on Twitter.

Canadian Deputy Prime Minister Chrystia Freeland shared a photo of the attendees who walked out, saying, “The world’s democracies will not stand idly by in the face of continued Russian aggression and war crimes.”

Russia’s Finance Ministry did not mention the walkout in a statement issued after the meeting, but cited Siluanov as calling on the G20 not to politicize the dialog between members and added that the “G20 has always been and remains primarily an economic format.”

IMF Managing Director Kristalina Georgieva on Wednesday acknowledged it was a “difficult moment” for the G20, but she insisted that cooperation through the forum “must and will continue,” citing a long list of issues that “no country can solve on its own.”

“There are clearly very, very unsettling facts we have to deal with,” she said. “But we also recognize how interdependent we are… and it is so obvious that cooperation must and will continue.”

The walkout at the session came amid growing fears that a breakdown in international relations would severely undermine the global economy’s recovery from the COVID-19 pandemic and add to soaring inflation, pushing millions more people into poverty worldwide.