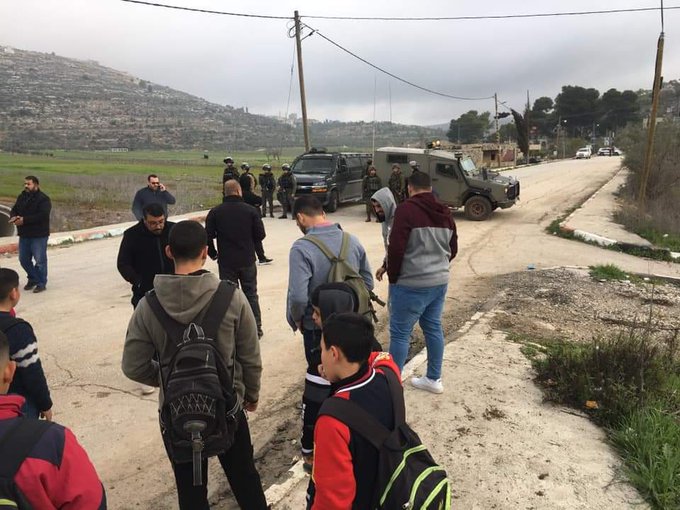 Israeli settlers, backed by Israeli military, attacked Palestinian students heading to their school in al-Lubban al-Sharqiya village, south of the northern West Bank city of Nablus, according to witnesses.

They said the settlers pursued the students, storming their village, and preventing the students from continuing to their school.

The students confronted the settlers, who were backed by soldiers in the area by firing tear gas canisters at the students causing several suffocation cases.

The village, and its students in particular, face daily harassment from settlers and soldiers alike who regularly attack the village school located on the main Nablus-Ramallah road.

Settlers have attacked a Palestinian commuter while driving near al-Lubban al-Sharqiya village, injuring him, said reports.