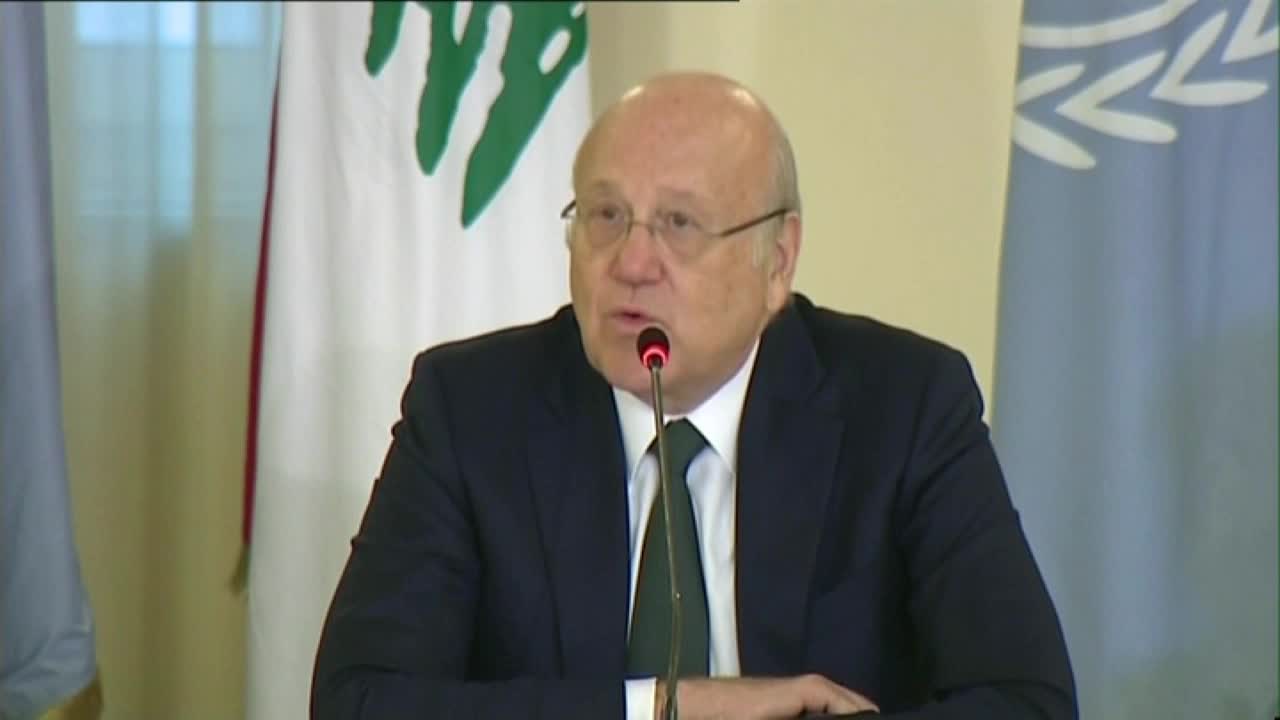 Lebanese Prime Minister Najib Mikati met Monday with United Nations Secretary General, Antonio Guterres, and stressed Lebanon’s adherence to the role of the UNIFIL in terms of the implementation of Security Council’s resolution 1701.

Mikati underlined that Lebanon must commit to the implementation of the said resolution and respect international legitimacy.

The Prime Minister urged the UN to force Israel to fully execute resolution 1701 and cease its repetitive attacks on Lebanon and its land, air, and maritime sovereignty.

Mikati went on to confirm Lebanon’s commitment to proceeding with the U.S.-mediated and UN-sponsored negotiations of the maritime border demarcation.

He also renewed Lebanon’s commitment to the policy of dissociation from any row between Arab states.”Lebanon will only be a factor of unification among the Arab brothers,” he stressed.

Elsewhere in his remarks, Mikati underscored that “Lebanon is looking forward to holding the parliamentary elections next year.”

“Within this context,” he added, “the government is determined to conduct the polls on their scheduled date without any delay.”

The Prime Minister did not fail to thank the UN for its support for Lebanon and cooperation with the government.