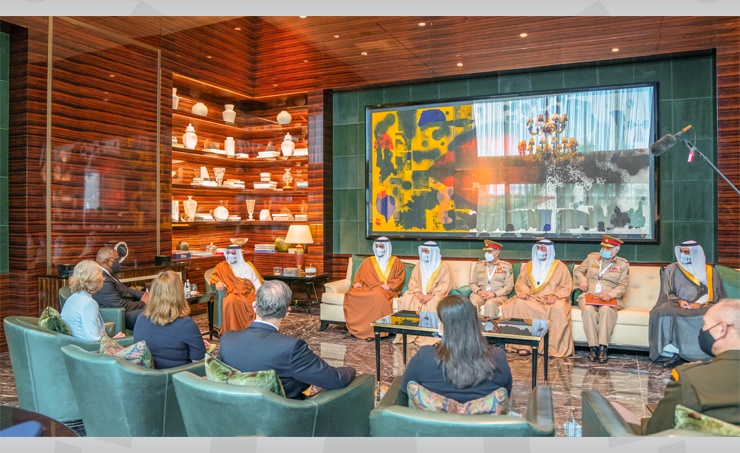 Salman bin Hamad outlined the strength of longstanding Bahrain-US relations as he welcomed Defense Secretary Austin and the accompanying delegation to the Kingdom of Bahrain.

He further noted the importance of bolstering relations, particularly in areas such as defense and security.

He also highlighted that the international security community is witnessing a growing importance to confronting global challenges cooperatively.

The crown prince commended the United States’ role in consolidating the pillars of security, stability and peace in the region, noting the Kingdom of Bahrain’s continued support for efforts to further and maintain both regional and international stability.

Topics on the Manama Dialogue agenda and its importance to enhancing regional and international security were also discussed.