Death Toll from Bomb Attack in Damascus Rises to 14 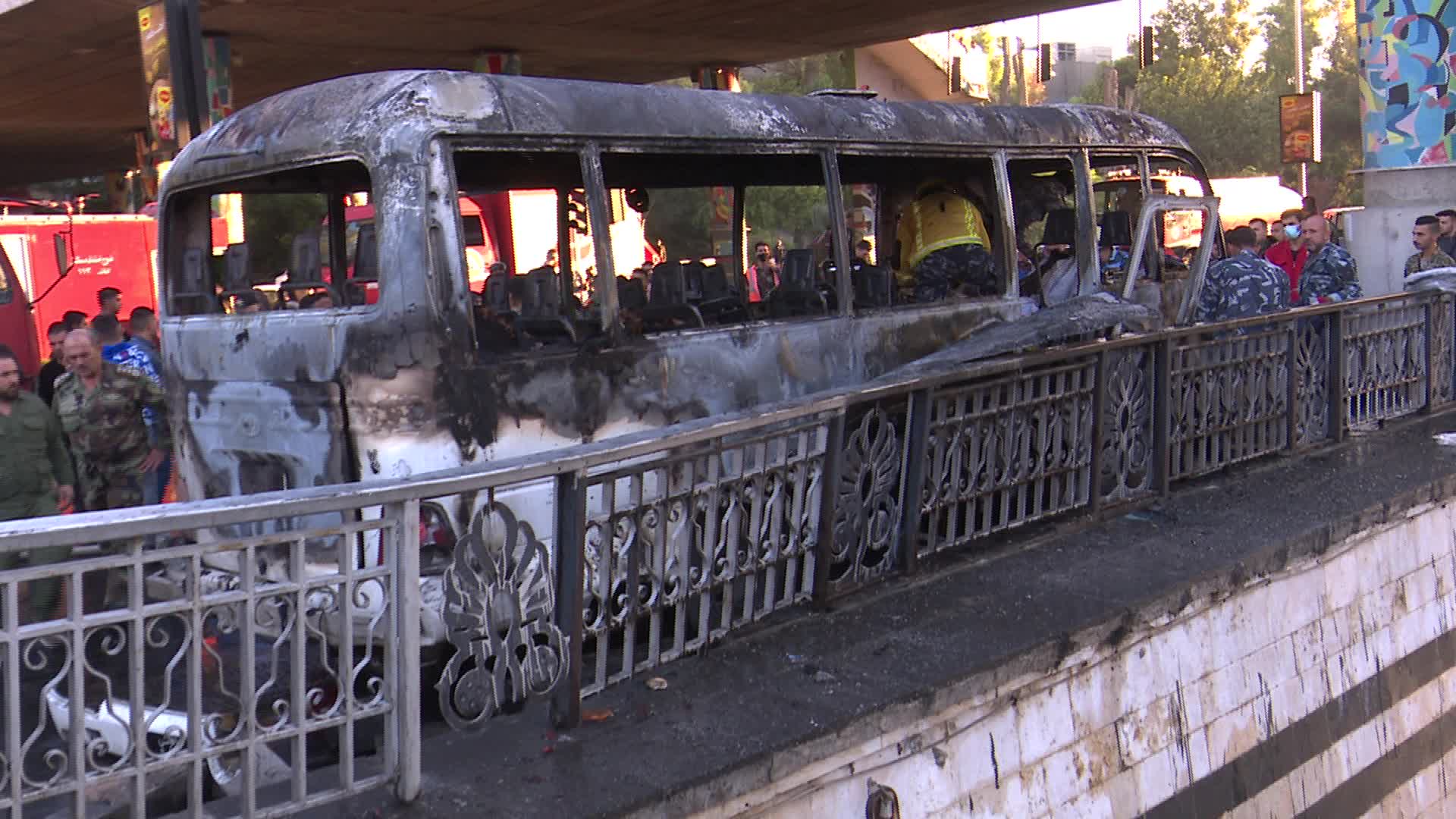 A bomb attack on a military bus carrying at the President Bridge in Damascus killed 14 people and injured others.

The blast resulted from the explosion of two explosive devices attached to a military bus at the President Bridge in Damascus on Wednesday morning.

“At about 06:45 a.m. on Wednesday, while a military bus was passing near Jisr al-Rais in Damascus, the bus was targeted with two explosive devices that were previously attached to the bus, which led to the death of fourteen martyrs and the injury others,” a military source said.

The source added that the military engineering personnel “dismantled a third explosive device that had fallen off the bus after the explosion.”