Iranian Parliament Speaker: US has accepted nothing gained from war 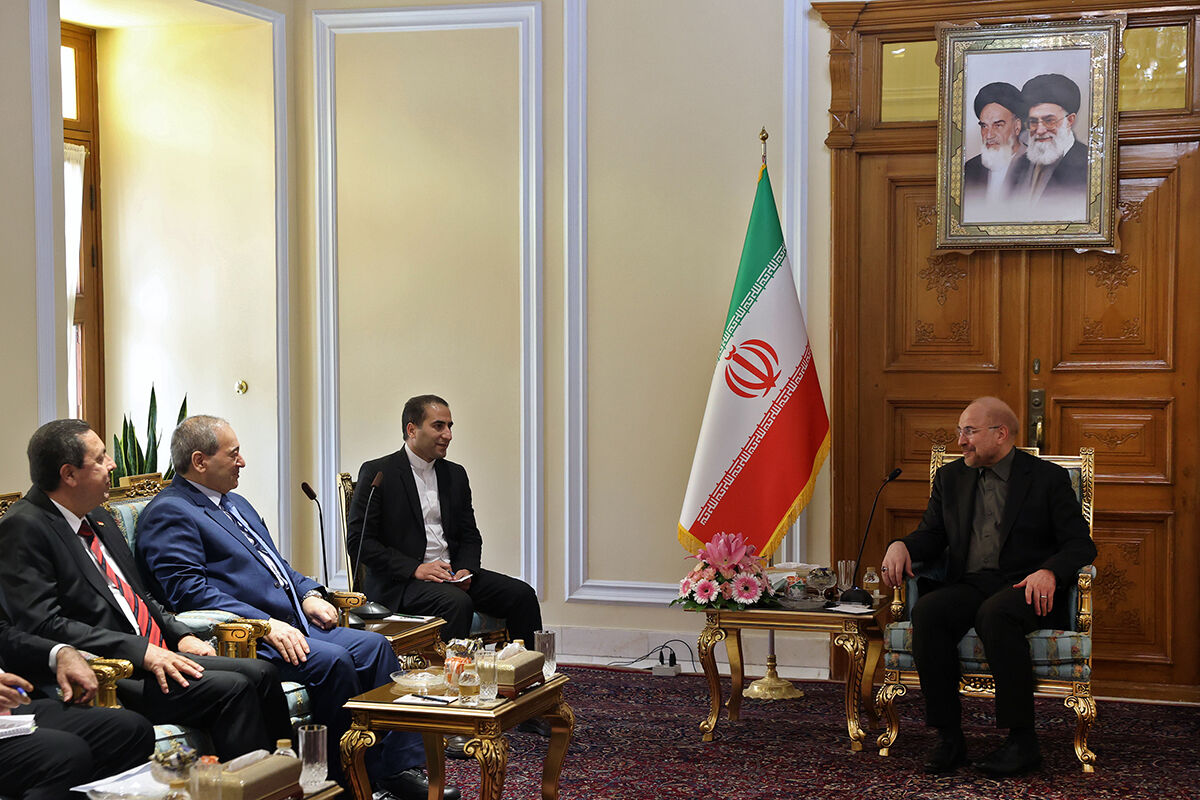 Speaker of the Iranian Parliament Mohammad Baqer Qalibaf said on Wednesday that the United States as well as terrorist groups and those opposed to the resistance have come to the conclusion that they cannot gain anything from resorting to war.

The top Iranian lawmaker made the comment in a meeting with Syrian Foreign Minister Faysal Mikdad whose country has witnessed war pushed by terror groups backed by the West, especially the US, since 2011.

That is why they have resorted to sanctions and putting economic pressure on nations, Qalibaf added, noting that putting up resistance against those measures and relying on people’s power is the only way out of the economic pressure.

Qalibaf said that a media war is another ploy that enemies have used to make things difficult for the resistance front.

Mikdad, for his part, said that the cruel measures, which the US and its Western allies have taken against Iran and Syria, are aimed at serving the interests of the Zionist regime.

He called those measures as inhumane and immoral.

The top Syrian diplomat also hailed the significant development of relations between Tehran and Damascus.